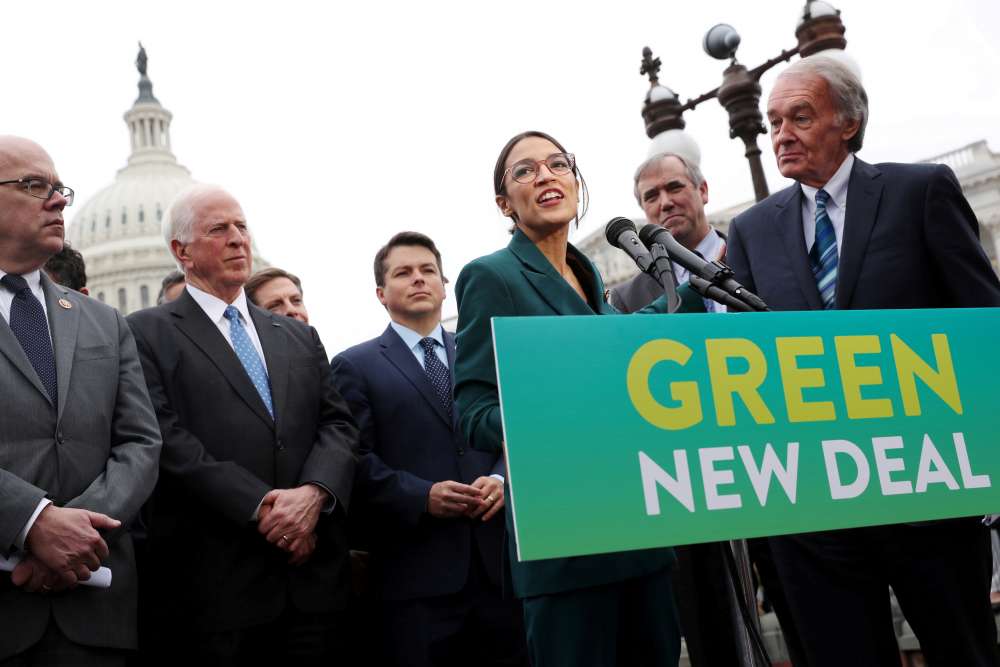 The goal of the non-binding resolution is to speed a transition of the U.S. economy away from burning fossil fuels and emitting greenhouse gases blamed for climate change, linked to more intense storms, floods and droughts.

But the vote, slated for 4 p.m. (2000 GMT), is occurring before the plan has had the chance for a national debate or hearings in Congress.

Republicans have used the plan to try to sow discord within the Democratic Party, painting their rivals as shifting far to the left and embracing extreme policies.

Democratic Senator Edward Markey, who unveiled the plan with Representative Alexandria Ocasio-Cortez, has called the vote a “sham.”

He said the Green New Deal was meant to spur debate during the 2020 presidential election campaign on the intricate problem of how to tackle climate change while boosting the economy, not to force the party to take sides in a quick vote. Markey will hold a news conference at 11 a.m. (1500 GMT) on the vote with other lawmakers.

McConnell wrote in a message on Twitter on Monday: “I could not be more glad that the American people will have the opportunity to learn precisely where each one of their senators stand on the ‘Green New Deal’: a radical, top-down, socialist makeover of the entire U.S. economy.”

One prominent Democrat, Senator Dianne Feinstein of environmentally conscious California, was criticized by Green New Deal supporters after she was filmed last month telling children she opposed the resolution because it was too expensive.

Still, many Democrats plan to vote “present” at the procedural vote on the resolution, instead of up or down, to show unity among the party.

The plan has the backing of almost all the Democrats declared as candidates seeking the party’s 2020 presidential nomination.