US reiterates support to Cyprus’ right to develop natural wealth in EEZ, as exploration begins in block 10 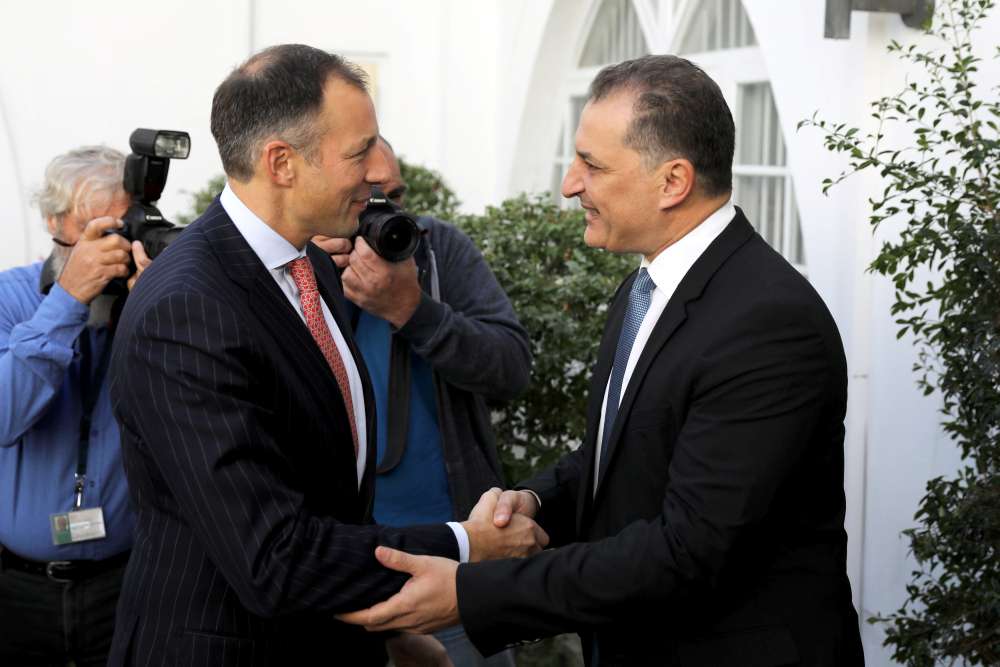 US Assistant Secretary of State for Energy Resources Francis Fannon reiterated the US government’s support to the Republic of Cyprus right to develop its natural wealth, adding that his country promotes energy developments in the Eastern Mediterranean region as a matter of priority.

Speaking after a meeting with Energy Minister Georgios Lakkotrypis, Fannon said his visit is part of a regional trip to discuss energy development in the region. Cyprus was his second stop, after Israel and he will travel to Egypt, he said.

He also said he is “certainly happy to see US company involvement and continued opportunities.”

Concerning Cyprus, Fannon said he “reiterated the US long-standing position of recognising Cyprus’ right to develop resource wealth in its EEZ.”

“We also continue our long-standing position that we believe that resource wealth should be shared with all communities on the island equitably in the context of a comprehensive settlement,” the US Official said.

Noting that this visit to Cyprus will not be the only one, Fannon added “we will continue to advance Eastern Mediterranean energy as a priority.”

“I very much expect to be back as we advance the broader energy cooperation for the region,” he concluded.

Welcoming Fannon, Lakkotrypis expressed his gratitude over both Fannon’s and the US support to Cyprus energy programme.

Describing the meeting as very productive, the Cypriot Minister said the discussion focused on ways for the development of the region’s energy resources but also on the developments in Cyprus both concerning explorations as well as natural gas exploitation.

“We agreed to continue discussions concerning the developments and a closer collaboration with the US and the countries of the region on a common goal, the efficient development of energy resources of the Eastern Mediterranean to the benefit of its peoples and so that energy could prove to be the catalyst for peace in the region,” he said.

Lakkotrypis also announced that exploratory drilling in block 10 has began adding that a more detailed announcement will be made later by the Ministry.

By In Cyprus
Previous articleEuroarea inflation at 2.2% in October 2018, at 1.9% in Cyprus
Next articleWhere can you find healthy fast food in Cyprus?