US: Cyprus fully meets minimum standards for elimination of trafficking 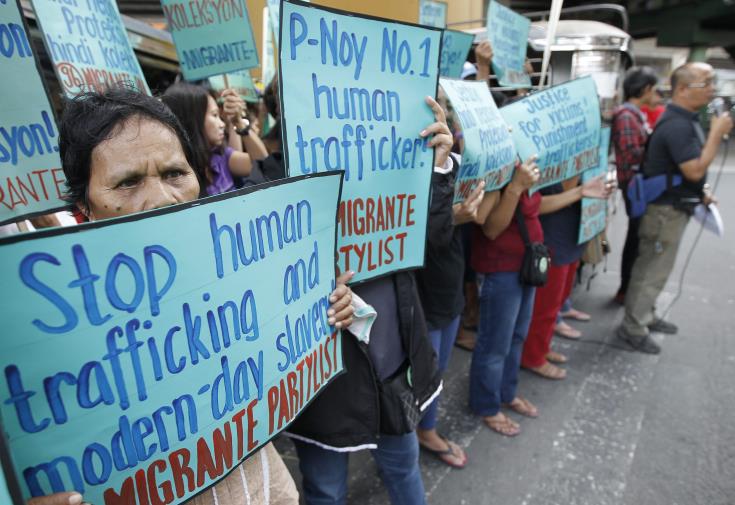 The Government of the Republic of Cyprus fully meets the minimum standards for the elimination of trafficking, according to  the 2018 Trafficking in Persons Report issued by the US State Department, raising Cyprus to Tier 1.

The report said the government made key achievements to do so during the reporting period. These achievements included convicting  more  traffickers  and increasing victim protection efforts by improving the quality of service, increasing resources to NGOs, and holding monthly training for government-run shelter staff.

Although the government meets the minimum standards, it did not reduce the length of trials and victims faced bureaucratic delays, it said.

In accessing health care, it said, labour inspectors lacked resources and observers reported a need for an independent evaluation of anti-trafficking policies and programmes.

Regarding the Turkish occupied north of the island, the State Department, underlining that the US do not recognise it, said it continues to be a zone of impunity for human trafficking.

Authorities in the north do not fully meet the minimum standards for the elimination of trafficking and are not making significant efforts to do so, adding that if the self-proclaimed regime in the north, if it was to be assigned a formal ranking in this report, it would be Tier 3.

Turkish Cypriots did not keep statistics on law enforcement efforts against trafficking offenders. The area administered by Turkish Cypriots lacked shelters for victims and social, economic, and psychological services for victims. Local observers reported authorities were complicit in facilitating trafficking, and police continued to retain passports upon arrival of women working in nightclubs.

Additionally, trafficking-related cases would be tried under the so called “criminal code,” which prohibited living off the earnings of prostitution or encouraging prostitution and forced labour.

Furthermore, the so called authorities made no efforts to punish labour recruiters or brokers involved in the recruitment of workers through knowingly fraudulent employment offers or excessive fees for migration or job placement. There was no “law” that punished traffickers who confiscate workers’ passports or documents, change contracts, or withhold wages to subject workers to servitude.

Turkish Cypriot authorities did not allocate funding to anti-trafficking efforts, police were not trained to identify victims, and authorities provided no protection to victims.

During the reporting period, so called authorities in the north issued 1,084 six-month “hostess” and “barmaid” work permits for individuals working in nightclubs and two pubs operating in the north (1,314 in 2016). As of January 2018, there were 400 women working under such permits (342 as of January 2017). Nightclub owners hired female college students during the reporting period to bypass the cap on the number of employees legally permitted in each club and avoid taxes and monitoring.  Most permit holders came from Moldova, Morocco, Belarus, Russia and Ukraine, while others came from Armenia, Kazakhstan, Kenya, Kyrgyzstan, Paraguay, Tajikistan, Tanzania, and Uzbekistan.

Reportedly some “parliament” members were clientele of the nightclubs.

By In Cyprus
Previous articleOpposition may delay vote on NPL bills
Next articleScattered clouds over weekend, temps to rise on Monday