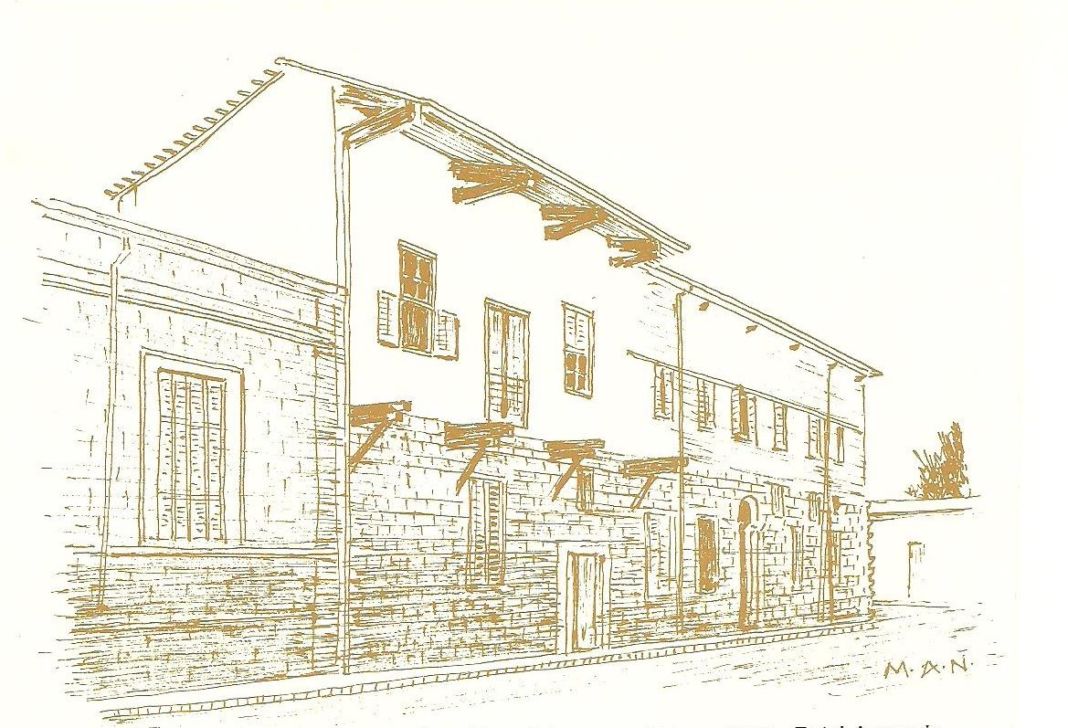 The transition from the rural to the urban type of dwelling began toward the end of the 19th century, almost coinciding with the end of the Ottoman era. This transition also coincided with the emergence of the Cypriot middle class, the result of a socio- economic restructuring that brought with it a new perception of social and economic practices. The island’s vernacular architecture soon began to reflect the changes in Cypriot society.

The location of the main house at the far end of the building plot became outmoded – the new urban dwelling, projected as one finite unit, needed to be displayed so it could communicate its owner’s social status. Thus it was gradually brought for- ward toward the front of the building plot, where it bordered the street. The new style, as dictated by modernisation, was neoclassical; its morphological elements adorned city mansions but also influenced the humble buildings of the period in both urban and rural environments.

The main rooms of the urban dwelling were de- fined, organised and built together at the same time. The middle-class owner began to create his own dwelling space, suited to his own specific needs – this space still borrowed from the basic layout of the rural dwelling (which had by then become unsuited to the middle-class urban life- style). For some time, various areas, such as the kitchen, washroom and laundry room, remained in separate units from the main building because of their diminished importance as spaces for social functions.

The individual rooms in a house were organised around a principle which was to become the nucleus for each urban housing unit. The central hall- way or iliakos served as an entry from the street, while one or two rooms (makrinaria) were located symmetrically on either side of it. If the width of the plot allowed, one of these makrinaria would become a dichoro by the inclusion of an arch. Originally, the iliakos itself used to have an open arch toward the courtyard in the back – this open arch was later was closed off with a door. Despite small changes, the iliakos remained the main room of the house.

Later, the strict symmetry governing the layout of the house became more elastic. Serving as a central hallway, the iliakos continued to have the same ample proportions, but one of the side rooms became wider to accommodate important social functions and evolved into the salon, while other rooms became smaller. The final phase in the evolution of the urban dwelling was completed when the house included all its necessary spaces under one roof and became one individual free-standing unit, situated within an urban fabric of similar units. Inside the dwelling, the tripartite organisation of rooms persisted, but over time this became subject to numerous alterations with a noticeable shift away from its original symmetry. One end of the iliakos could be separated down the middle with glazing, while often a verandah appeared in place of the iliakos at the back of the house. Despite variations, the whole building was gathered under a four-pitched tiled roof.

In the plan of the symmetrical house, balance was also reflected in its facade, with the front door placed at the centre and flanked by a window on either side. In cases where the building was moved back from the street, a covered portico shaded the front entry – this was achieved by using space from the front of the original iliakos. On other occasions a covered porch was built along the entire front of the house. Windows were added to the side elevations of these free-standing houses, and the side elevations themselves acquired compositional importance.

With the introduction of new technology, industrialised, easy-to-use materials and an increasingly modern way of life, the people of Cyprus inevitably abandoned the island’s traditional architecture. Young architects, educated abroad, returned to Cyprus in the 1950s-1960s, bringing modernism with them. During the years following the independence of Cyprus, the urban landscape transformed ac- cording to the modern international style. The first tall buildings appeared in the Republic, and their morphology expressed the technological achievements of the construction industry: extended cantilever concrete roofs, prefabricated brise-soleil, and reinforced concrete structural frames. A large number of public buildings, including schools, were constructed during this period, as was much of the island’s tourist infrastructure, which needed to accommodate an increasing influx of visitors. This new architectural style was also adopted by the Republic’s city dwellers, who took to the modern, urban way of living in all its manifestations.

Contemporary architecture and techniques re- placed or altered the historic building stock. After a long period of indifference, when vernacular architecture was synonymous with rural misery, traditional/historic architecture (along with the modern movement) is once again being appreciated as a valuable component of our island’s cultural heritage. Today, thanks to renewed interest, historic rural and urban settlements are being rehabilitated and revitalized. The government is supporting this trend by providing generous financial and other incentives for restoration and rehabilitation projects, and by organising events aiming at making the public aware of the value of traditional Cypriot architecture.