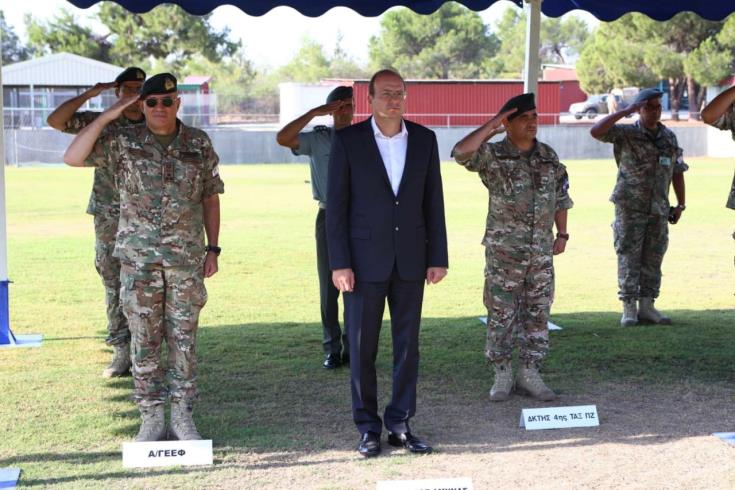 Minister of Defence Charalambos Petrides has said that strengthening and upgrading the Republic of Cyprus defence constitutes an urgent need, given the fact that:

— Turkish occupation forces continue to remain on the island.

Speaking on Thursday at the swearing-in ceremony of the new students at the military schools in Greece, which took place at the Elias Papakyriakou camp in Nicosia, the Minister noted that the National Guard not only has the role of deterrence and ensuring the security of the country, but is now considered as imperative that it addresses modern security challenges, asymmetric threats and has measures to tackle hybrid warfare.

Referring to the students, he assured them that both the leadership of the National Guard and he himself personally, will always be by their side to give them the necessary support.

We firmly believe, he said, “that our human resources are the most valuable component of the National Guard and therefore must be supported by the state”.