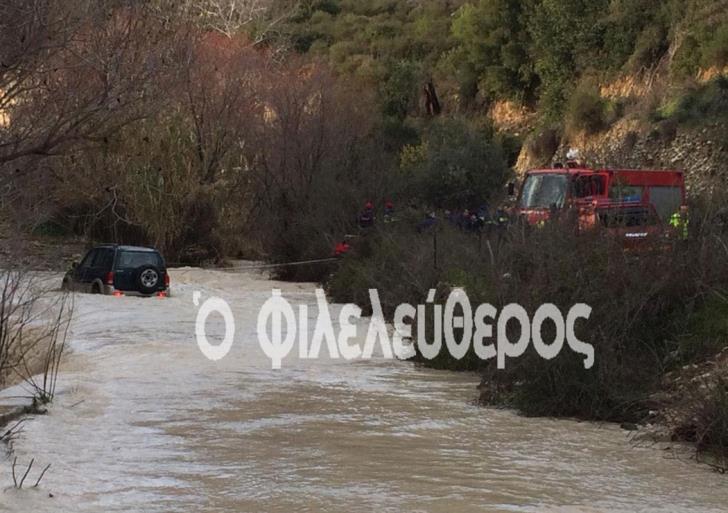 Two people trapped in their car in a river in the Limassol district have been brought to safety after a two hour rescue operation, Philenews has reported.

It said that the car was carried away by water and ended up in the Ayios Therapontos river in the Limassol district.

The efforts of members of EMAK, the disaster response unit, were hampered by the bad weather conditions and the strong currents.

But they were able to immobilise the car using ropes and rescue the two people in the car. A helicopter assisted in the operation.

Philenews said that both the driver and passenger were in good health and had been in communication with first responders during the entire operation.

The fire service said this was the fourth case today in which it has been called in to rescue people trapped in cars while attempting to cross rivers and appealed to the public to avoid doing so as they were placing their lives at risk.

It said that the flooding of rivers in all the districts posed a danger and these must not be approached either by car or on foot.

Police have also appealed to drivers to be careful.