Updated: Several mountains road closed; others dangerous because of rockslides 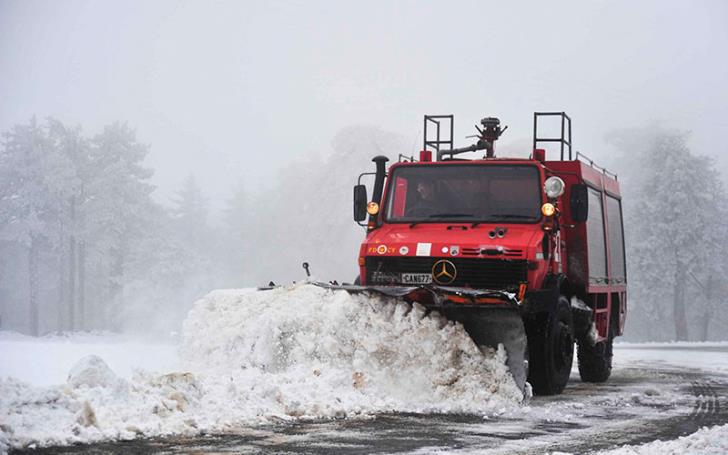 Several mountain roads are closed because of snow and several others are dangerous because of rock slides and police are urging all drivers to be particularly careful.

They said the old Akrountas-Dieronas road has closed to traffic because of rock slides while the Prodromos-Troodos road is closed to all vehicles because of snow.

Flooding has closed the Bridge of Tselefos and the Kelokadaros-Armageti-Nata road and the roads from Kouklia to the Evangelos Floraki monument and  from Ayios Nicolaos to Pera Vasas excursion site.

The following roads are open only to vehicles with four wheel drive or equipped with snow chains. There us ice on the roads and crews are working to clear them,

Dangerous roads because of mudslides, rock falls:
The Prodromos-Lemythou road is dangerous because of  rock fall. The specific spot has been signposted and drivers are urged to be particularly careful.

Police said that the following roads are also dangerous because of mudslides and rockfalls:

Roads in the mountain areas are slippery while visibility is low because of fog. There have been rockfalls and mudslides  at several spots on the mountain road network, police added.

Because of the rain, roads are slippery and drivers are urged to be particularly careful, to drive slowly, keep a safe distance from other vehicles and to switch on their headlights.