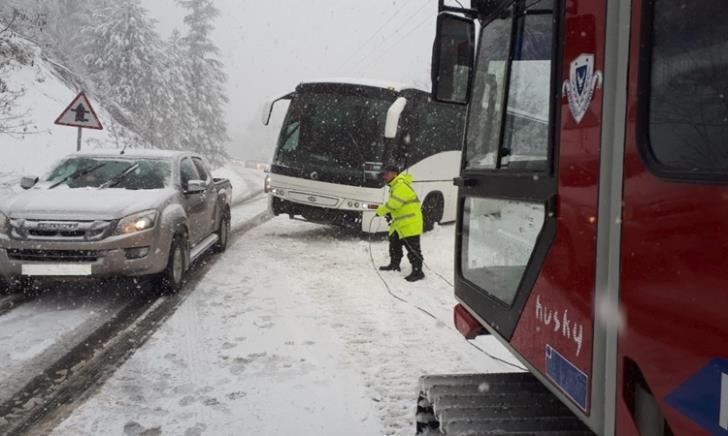 A bus with 25 tourists that had become stuck in snow in Troodos is now on its way back to Limassol after a police operation.

In a message on Twitter at around 1 pm, police said they were assisting a bus with about 25 passengers that was stranded because of the bad weather conditions.

The Cyprus News Agency said the bus was heading to Troodos from Platres when it slid on the slippery road and ended up on snow before being immobilised on the road, closing both lanes.

Earlier police urged drivers to be particularly careful, saying roads were slippery because of rain and ice. Using special equipment, police from Troodos and Platres were able to move it.

A number of roads in the mountains are closed or open only to vehicles with four wheel drive or equipped with snow chains.