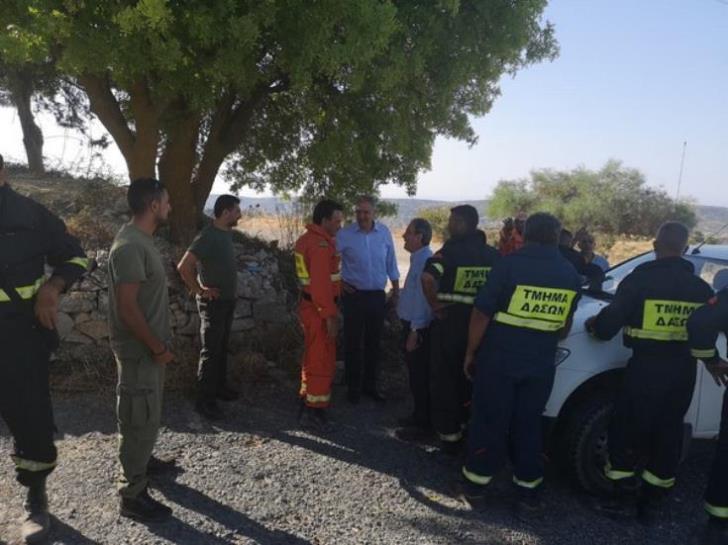 A 49 year old man was remanded in custody for four days by Limassol district court on Tuesday in connection with a fire that gutted more than 2 square kilometres of wild vegetation and vineyards in the Pachna-Malia area.

The man denies any involvement. He was arrested on Monday night based on testimony that he had been seen moving suspiciously in the area.

Police had asked the court to hold him in custody for six days but the court approved only a four day remand.

The fire was partly contained overnight and was completely under control by 10 am on Tuesday.

Fire services spokesman Andreas Kettis said there were no active fronts. Fire fighters were trying to ensure a safe perimeter because of a risk of a flare up.

Agriculture Minister Costas Kadis visited the area on Tuesday and assured vine growers that they will be compensated once the damage has been assessed.