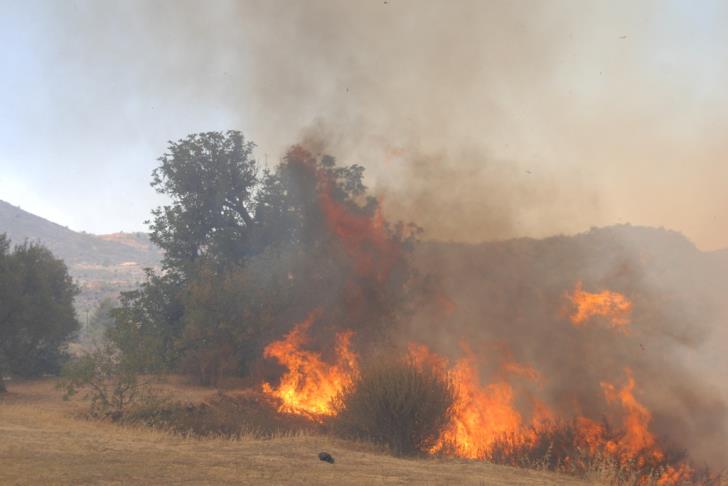 Fire fighters have managed to contain a fire which broke out in the afternoon in the Limassol district and raged out of control for more than two hours, fanned by strong winds, CyBC reports.

The fire broke out in the afternoon between the villages of Vasa Kilaniou, Omodos and Potamiou.

Fire fighters will remain on site to fully extinguish the fire and prevent a flare up.

The causes of the fire will be investigated tomorrow.

By In Cyprus
Previous articleJewel of Seas docks at Limassol amid renewed interest in east Med cruises
Next articleLarnaca: Pregnant woman dies after being hit by car