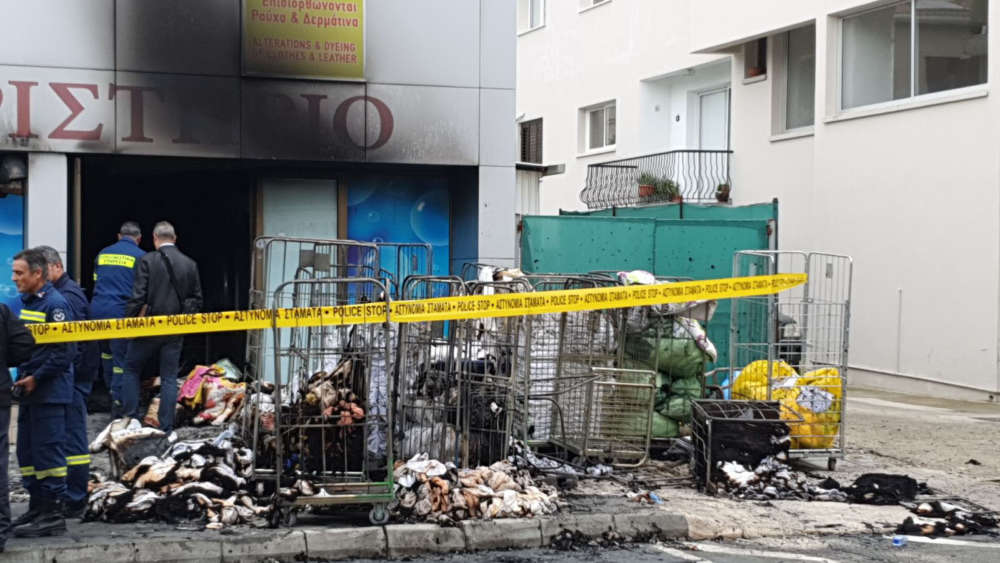 The Cyprus News Agency said fire fighters responded to a fire which broke out around 11 pm on Saturday night and were able to contain it before it spread to neighbouring buildings. However there was considerable damage to the equipment and to customers’ clothes at the cleaner’s, it added.

The owner told police the alarm had gone off and when she went she saw the premises were on fire.

The Cyprus News Agency said that initial investigations indicate the fire started from an electrical problem, most likely a short circuit in the lights. Foul play has been ruled out.

By In Cyprus
Previous articleBloomberg: If my fortune can help beat Trump in 2020, why not spend more?
Next articleSmall Ayia Marina dam becomes 13th dam to fill