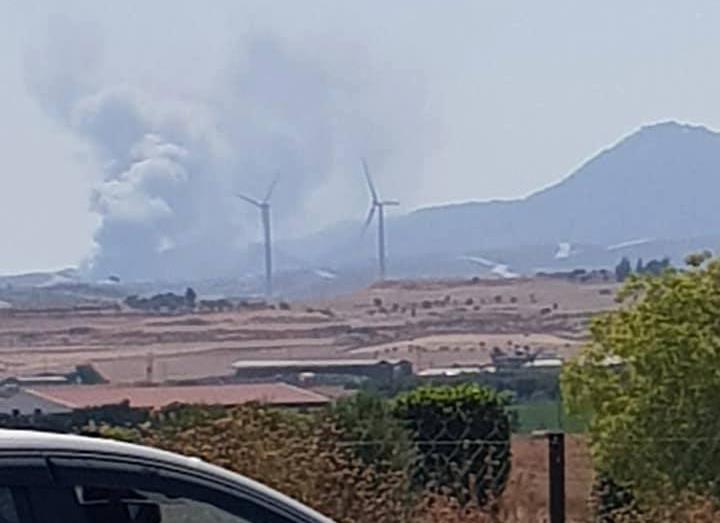 Fire fighters have managed to contain a large fire that had raged at an olive products factory in the Anglisides area in Larnaca, bordering on forested land.

Fire services deputy spokesman Stelios Nestoras told the Cyprus News Agency that the fire broke out at around 3 pm.

He added that because the factory was close to forested land, a forestry department fire fighting airplane and a police helicopter were also called in to help.

By In Cyprus
Previous articleUpdated: Search parties ‘to exhaust all possibilities’ to find murder victims
Next articleEconomic sentiment in Cyprus dips in May