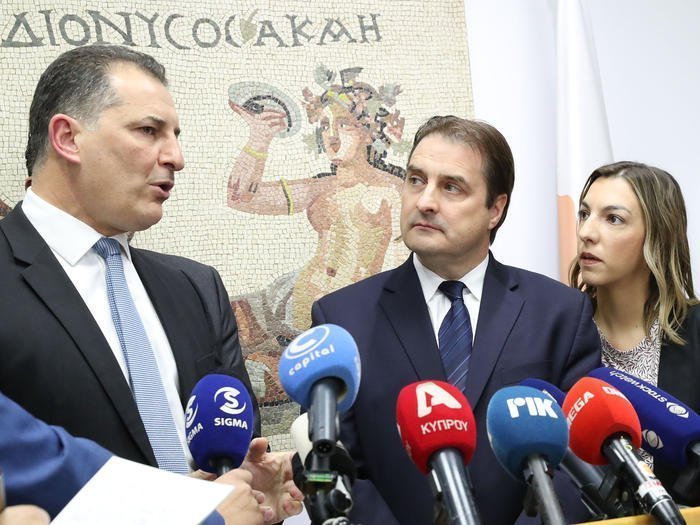 ExxonMobil has discovered natural gas at the Glaucus 1-well in plot 10 of Cyprus’ EEZ  — a find authorities said was the biggest off Cyprus since it started drilling for gas in 2011 and one of the biggest finds worldwide in the past two years.

A gas bearing reservoir discovered during exploratory drilling could potentially represent between 5 and 8 trillion cubic feet of gas, the company and the Cyprus government said.

“This is the biggest find so far in Cyprus, and based on some official data it is one of the biggest finds worldwide in the past two years,” Yiorgos Lakkotrypis said.  “The results demonstrate the potential of our EEZ because it is a high-quality  reservoir,” he added.

Cyprus has one gas field, Aphrodite, which contains an estimated 4 trillion cubic feet of gas discovered to the south of the island in 2011.

“We are very encouraged by the results we’ve seen in the well,” said Aspray.

Exxon owns a 60 percent stake in the block, known as Block 10, while Qatar Petroleum holds the rest.

“We will be spending the next several months analysing all data we have gathered so we can better define the full commercial potential of the resource and map out the most appropriate path for a further appraisal,” he told journalists.

Last year Italy’s ENI and France’s Total said they had found a promising prospect of natural gas in a nearby concession, Calypso.

Perched on the maritime edge of two huge gas finds in the Levant Basin, Leviathan off Israel and Zohr off Egypt, Cyprus still relies on heavy and expensive fuel oil for its power stations.

In a written announcement on Thursday, the Energy Ministry said that on February 17, 2019, the “Glaucus-1” well reached a final drilling depth of 4,200 metres below sea level, in 2,063 metres of water.

“A discovery of 133 metres natural gas-bearing reservoir of excellent quality has been made, which based on preliminary analysis is estimated to represent in place quantities of natural gas of 5 to 8 trillion cubic feet (Tcf). To better determine the quantity of natural gas in the “Glaucus-1” reservoir, further evaluation work will take place in the coming months,” it said.

ExxonMobil also issued a statement announcing the find. “Based on preliminary interpretation of the well data, the discovery could represent an in-place natural gas resource of approximately 5 trillion to 8 trillion cubic feet (142 billion to 227 billion cubic metres). Further analysis in the coming months will be required to better determine the resource potential,” it said.

“Glaucus-1” was the second of a two-well drilling programme in Block 10, with the operations for the first well at “Delphyne-1”, between November 2018 and January 2019, not encountering commercial quantities of hydrocarbons.

By In Cyprus
Previous articleDenktash: 800,000 live in occupied north- socioeconomic data
Next articleHow much does your government spy on you? U.N. may rank the snoopers