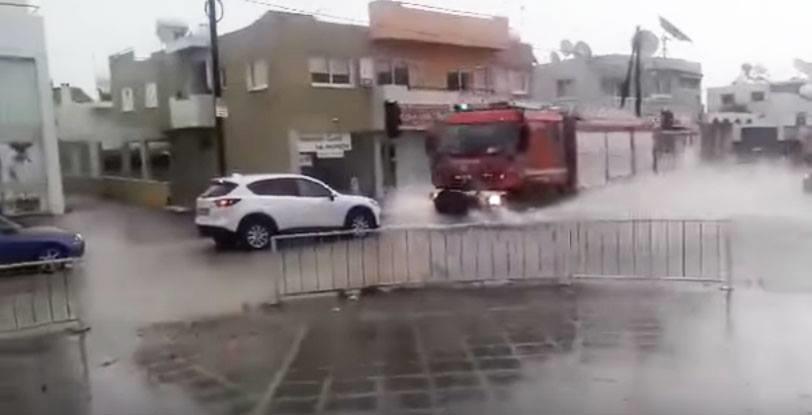 The Fire Service in Nicosia is responding to problems of flooding in the Nicosia district following heavy rains on Thursday afternoon while  in three separate incidents two drivers and a mini bus with Russian visitors stranded in their vehicles were brought to safety, a spokesman said.

He said the fire brigade had responded to a total of 34  calls in the wider Nicosia area. In 31 cases, the fire brigade was called in to pump out rain water. The other three cases involved people stranded in vehicles in flooded roads. Two drivers were assisted in Anthoupolis and Kato Moni, near Orounda. In the third instance, the fire service moved in to help evacuate Russian visitors trapped in a mini bus stranded in a flooded road in Meniko. The four children in the mini bus were rescued by the village residents, while firemen evacuated the four adults, and the Cypriot driver of the vehicle on arrival at the scene.