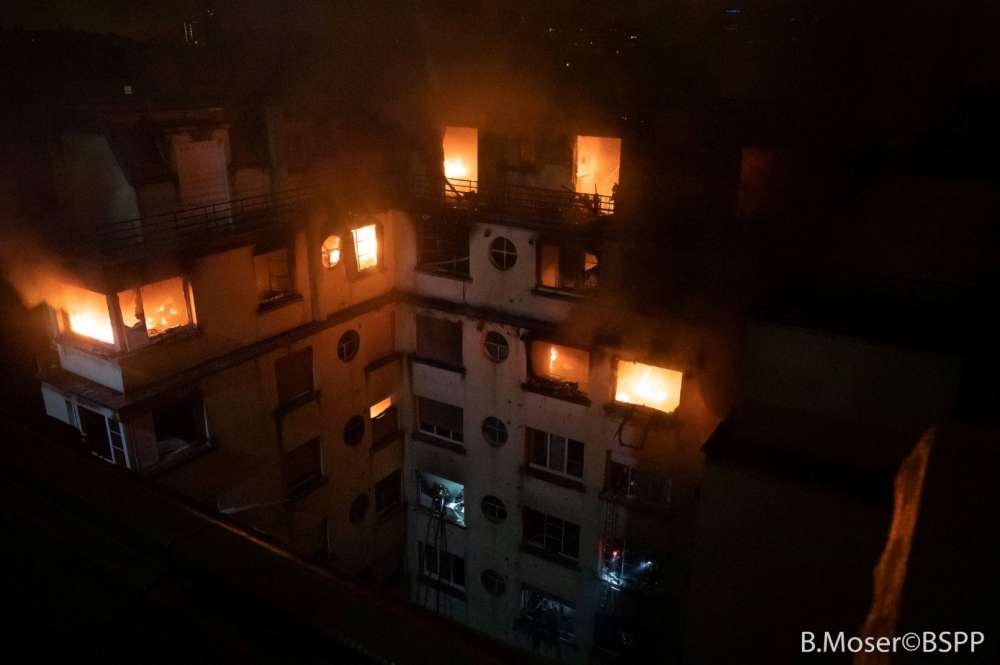 Flames tore through an apartment block in Paris, killing at least eight people in the early hours of Tuesday, after what prosecutors said looked like an arson attack.

Police said they had arrested a 40-year-old woman who lived in the building on suspicion of starting the blaze in the upscale 16th arrondissement.

Firefighters in breathing apparatus scaled ladders to rescue residents stranded on balconies on the eight-storey block on Rue Erlanger. Some were hoisted down on ropes and at least one person abseiled to safety.

The fire started on the upper floors after midnight and was under control by 0800 GMT, officials said.

Paris Prosecutor Remy Heitz said investigators believed the fire was started deliberately and a woman had been detained. He said the woman had mental health issues.

Paris Mayor Anne Hidalgo wrote on Twitter that the city was in mourning after the fire, which came less than a month after a gas blast in central Paris killed four people.