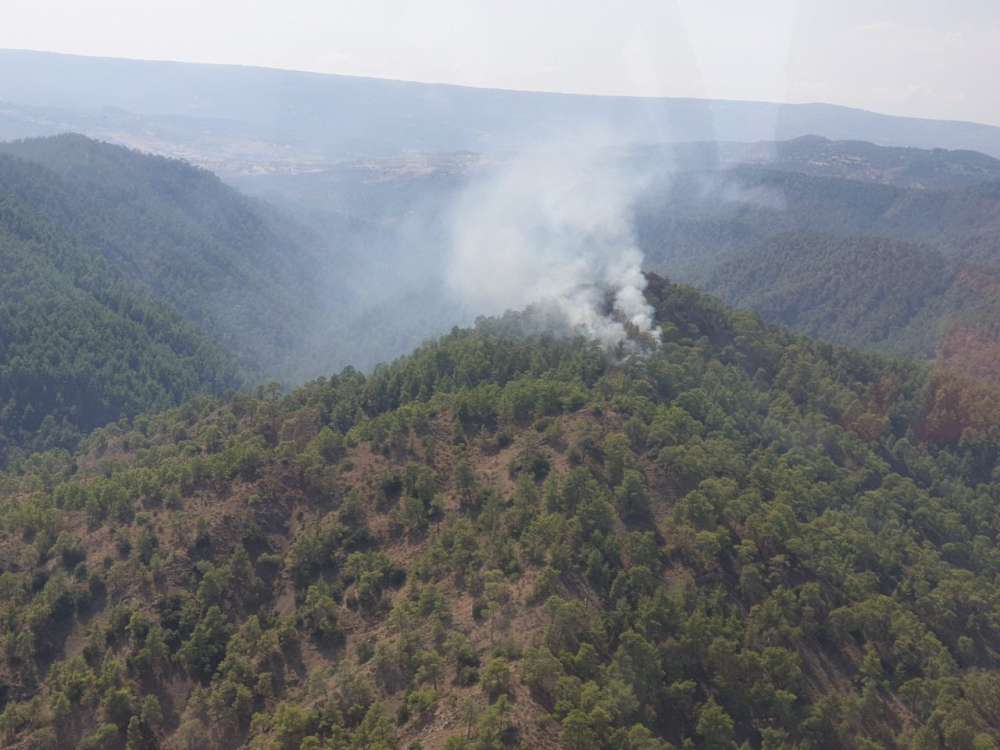 A fire which broke out at around 1 pm at Moutti tou Tornou near Starvros tis Psokas in the Paphos forest is under control, the Forestry Department has announced.

It said that the fire was caused by lightning. Ten firetrucks with Forestry Department personnel responded to the fire, aided by four fire fighting aircraft, it added.

Personnel will remain on site to prevent a flare up, it added.