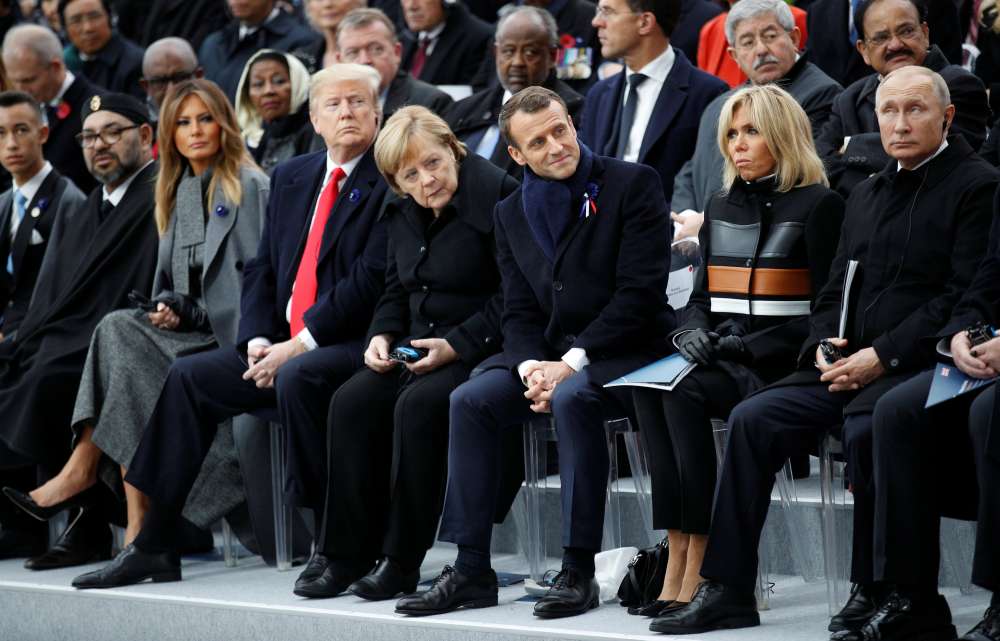 President Emmanuel Macron led tributes to the millions of soldiers killed during World War One on Sunday, holding an emotional ceremony in Paris attended by dozens of world leaders to commemorate the centenary of the Armistice.

Those who fought in the trenches of World War One lived through an unimaginable hell, Macron said in a 20-minute address, highlighting that as well as the deaths of 10 million troops, millions of women were widowed and children orphaned.

“The lesson of the Great War cannot be that of resentment between peoples, nor should the past be forgotten,” said Macron, sorrow etched on the faces of former French soldiers standing to attention around him.

“It is our deeply rooted obligation to think of the future, and to consider what is essential.”

The commemoration is the centrepiece of global tributes to honour those who died during the 1914-18 war and to commemorate the signing of the Armistice that brought the fighting to an end at 11 a.m. on Nov 11, 1918.

In a glass canopy at the foot of the Arc de Triomphe, built by Emperor Napoleon in 1806, Trump, Merkel, Macron, Putin and the other leaders listened through earpieces as the French president spoke. Putin, who was last to arrive at the ceremony, gave Trump a brief thumbs up as he greeted them.

The commemoration included the reading by children of letters written by German, French and British soldiers during the war, a recital by cellist Yo-Yo Ma and a moving performance of Maurice Ravel’s Bolero.

As Trump’s convoy made its way up the Champs Elysees, a bare-breasted protester from the Femen radical feminist group ran towards his motorcade, coming within a few metres before being apprehended by police. Photographs appeared to show that she had the words “fake peacemaker” scrawled across her body. 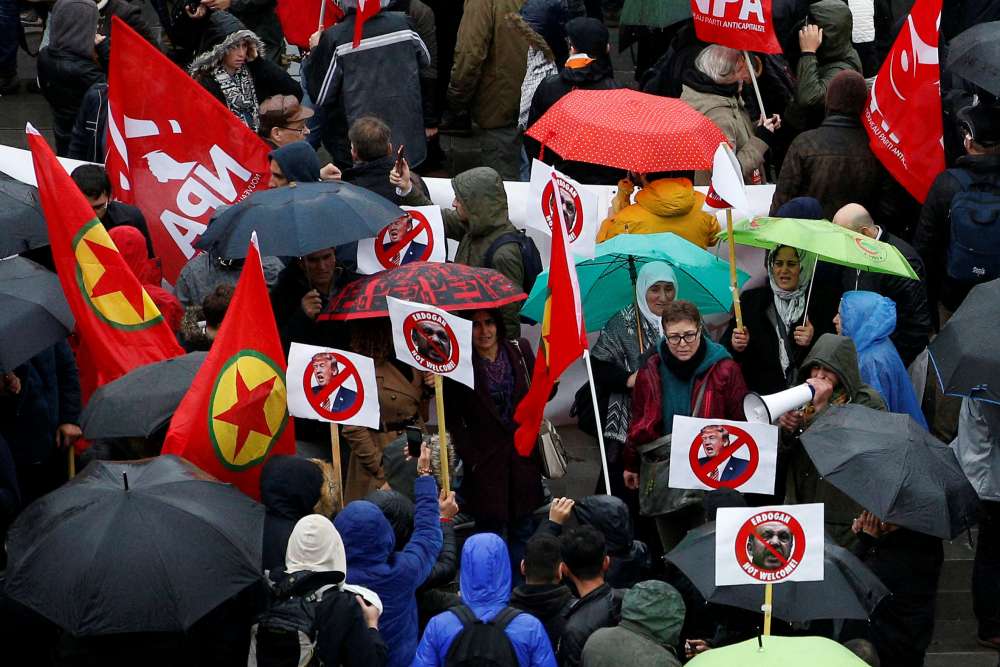 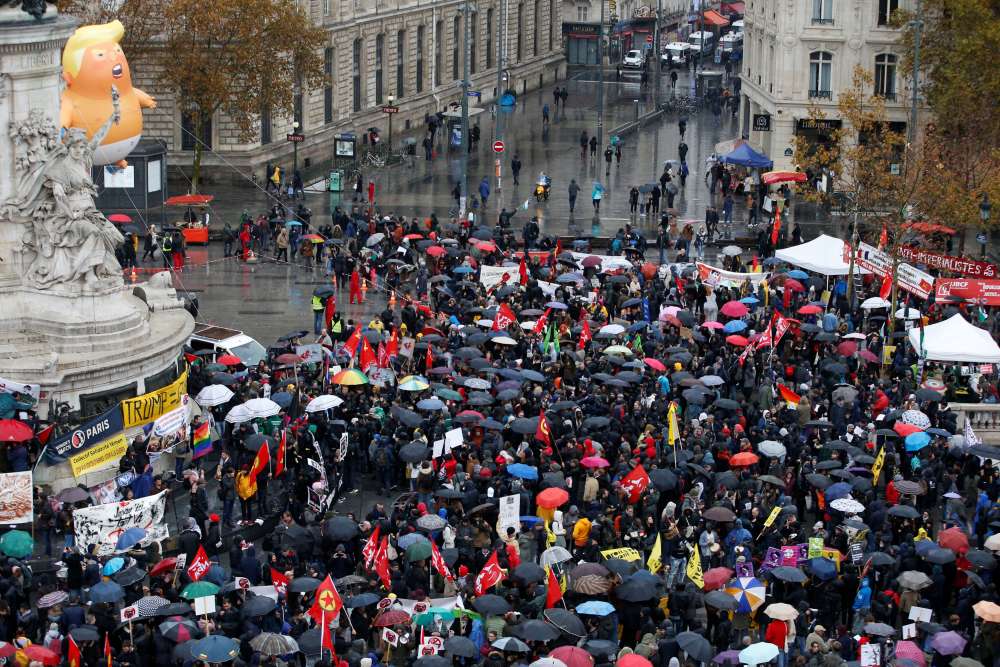 People take part in a protest against U.S. President Donald Trump, as part of the commemoration ceremony for Armistice Day, 100 years after the end of the First World War

In a rare public display of emotion by the leaders of two world powers, Macron and Merkel held hands on Saturday during a poignant ceremony in the Compiegne Forest, north of Paris, where French and German delegations signed the Armistice that ended the war.

The conflict was one of the bloodiest in history, reshaping Europe’s politics and demographics. Peace, however, was short-lived and two decades later Nazi Germany invaded its neighbours.

Macron spent the week in the build up to Sunday’s ceremony touring towns and former battlfields along France’s western front. He warned of the dangers of the resurgence of nationalism in Europe, saying it posed a threat to the continent – a theme he touched on again in his speech.

“Patriotism is the exact opposite of nationalism. Nationalism is its betrayal,” Macron said

“Old demons are reawakening, ready to sow chaos and death,” he said, warning of how ideology, religion and a disregard for facts could be exploited. “History sometimes threatens to repeat its tragic patterns, and undermine the legacy of peace we thought we had sealed with the blood of our ancestors.”

After the ceremony, leaders returned to the Elysee Palace for a lunch hosted by Macron and his wife Brigitte.

Later on Sunday, Macron will host the inaugural Paris Peace Forum, which seeks to promote a multilateral approach to security and governance and ultimately avoid the errors that led to the outbreak of World War One.

Merkel said the forum showed that “today there is a will, and I say this on behalf of Germany with full conviction, to do everything to bring a more peaceful order to the world, even though we know we still have much work to do.”