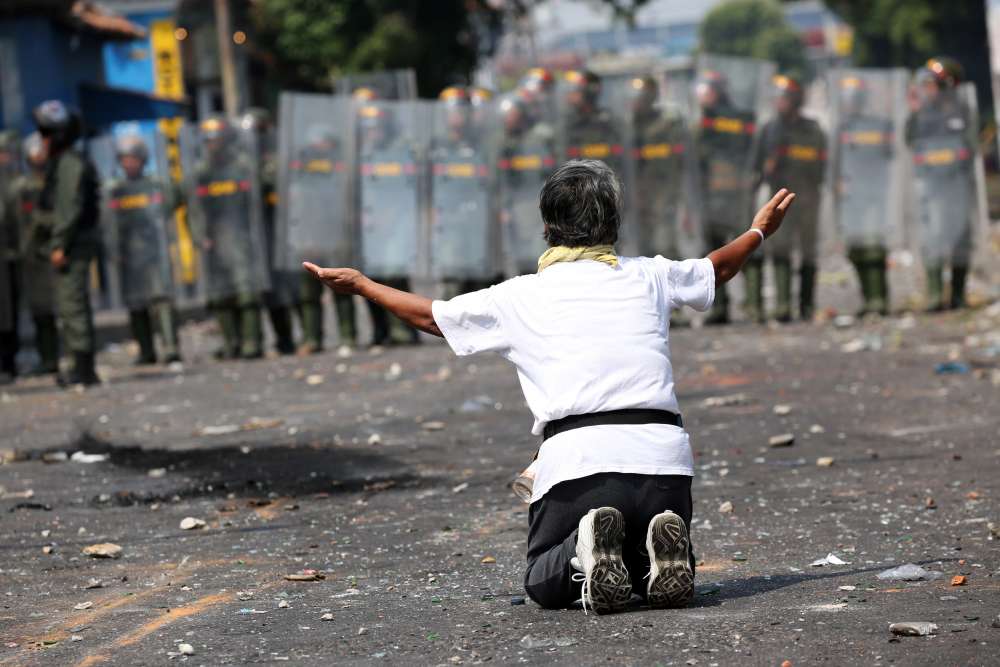 The clashes occurred as Venezuelan opposition leader Juan Guaido, who most Western nations recognize as Venezuela’s legitimate leader, gave a personal send off to an aid caravan from the Colombian city of Cucuta.

Guaido briefly boarded one of a dozen trucks carrying U.S.-backed humanitarian aid before they set off towards the border, where they were pushed back by Venezuelan security forces.

Colombia’s government said their contents would be unloaded and transported by “human chains” that have formed on the road that leads toward Venezuela.

But in the towns of San Antonio and Urena, just across the border, troops fired tear gas and rubber bullets at opposition activists including lawmakers walking towards the frontier who were waving Venezuelan flags and chanting “freedom.”

Witnesses reported constant gunfire without being able to identify the origin.

“They started shooting at close range as if we were criminals,” said shopkeeper Vladimir Gomez, 27, wearing a white shirt stained with blood. “I couldn’t avoid the (rubber) bullets and they hit me in the face and my back. We have to fight.” 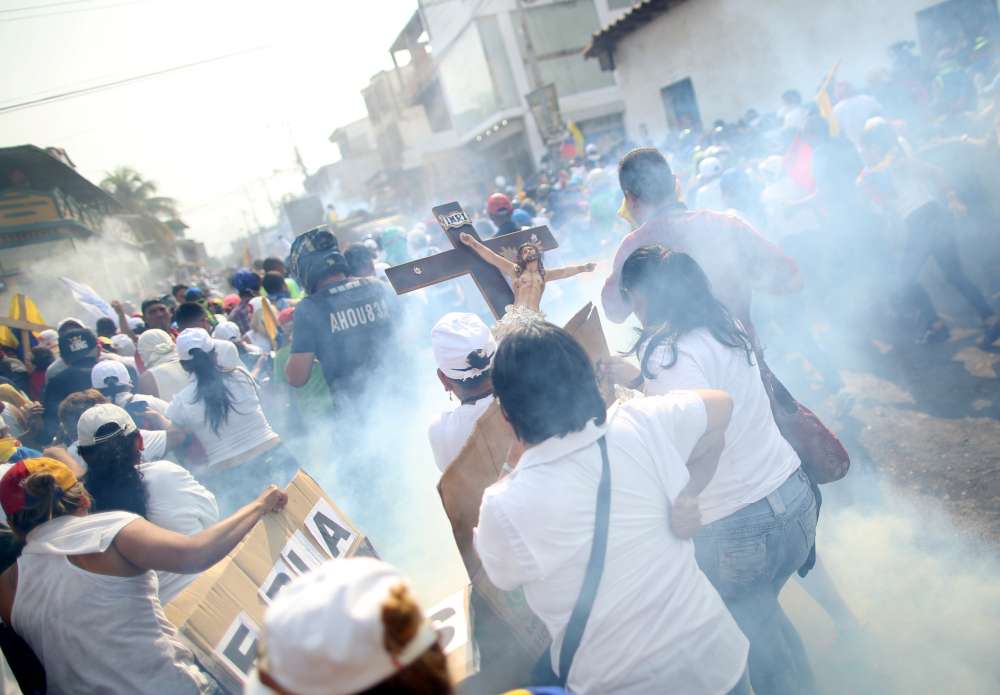 Many of the demonstrators said they were peaceful civilians who simply wanted aid because of widespread food and medicine shortages in the once-prosperous country suffering an unprecedented economic meltdown.

“I’m a homemaker, and I’m here fighting for my family, for my children and parents, resisting the military’s tear gas and soldiers on motorbikes,” said Sobeida Monsalve, 42.

Others barricaded streets with burning tires, set a bus alight and hurled stones at security forces to demand that Maduro allow aid into a country ravaged by food and medicine shortages in the wake of an economic meltdown.

On Friday, troops had opened fire in a village in the area killing a woman and her husband. Thirty-five National Guard troops are being held by the indigenous community in protest, the mayor of the broader Gran Sabana municipality said. 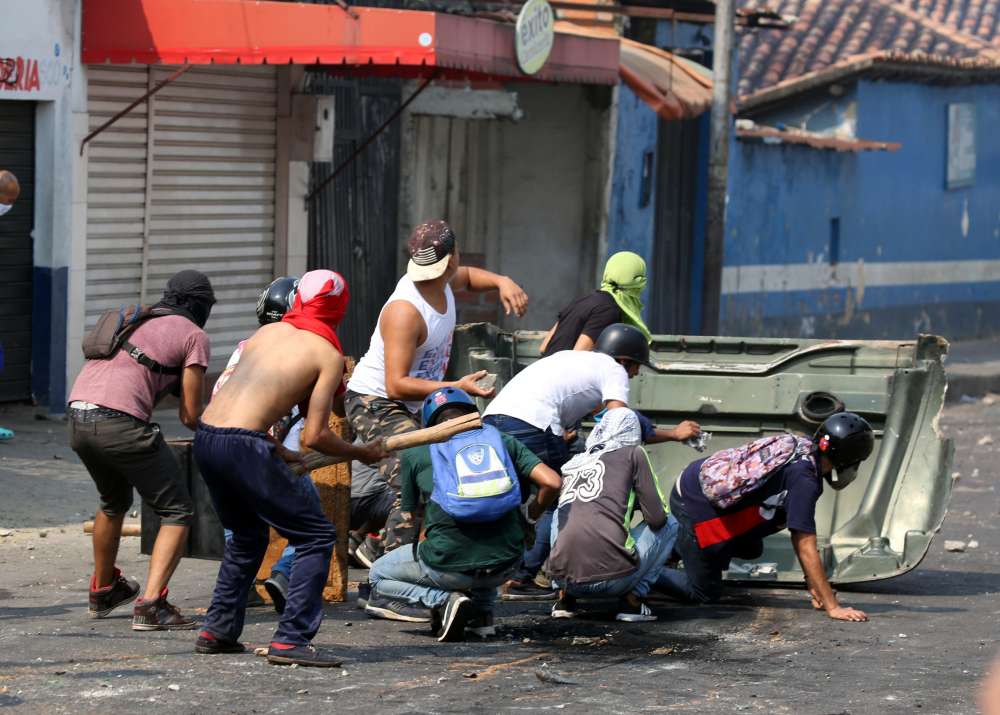 Two humanitarian aid trucks crossed the Brazilian border although they had not passed through the Venezuelan customs checkpoint, according to a Reuters witness.

A social media video showed troops who defected on Saturday driving armored vehicles across a bridge linking Venezuela and Colombia, knocking over metal barricades in the process, and then jumping out of the vehicles and running to the Colombian side.

“What we did today, we did for our families, for the Venezuelan people,” said one of the four men in a video televised by a Colombian news program, which did not identify them. “We are not terrorists.”

Colombian television also showed images of what it said was a Venezuelan officer who identified himself as Major Hugo Parra, recognizing Guaido as president.

Thousands of government supporters clad in signature red shirts led a rally in downtown Caracas to denounce intimidation by the United States and to demand that the Trump administration halt sanctions.

“The humanitarian aid they want to bring is a fraud, those products are no apt for human consumption,” said Maryori Romero, 56, who works at a state-run supermarket.

While the need for basic food and medicines is desperate, Venezuela’s opposition also hopes the operation will embarrass military officers who continue to support Maduro. 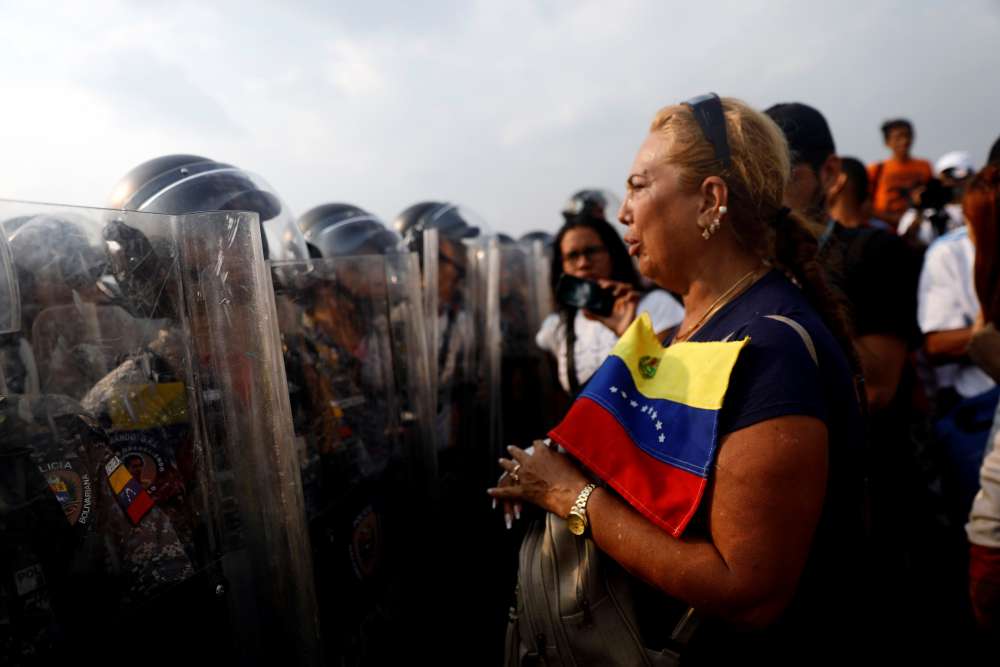 Thousands of white-clad protesters gathered at a military base in Caracas to demand that the armed forces allow the aid in, after declaring the aid on its way in a news conference flanked by three Latin American presidents, including Colombia’s Ivan Duque.

“This is the biggest battle that the armed forces can win,” said Sheyla Salas, 48, who works in advertising. “Please join this struggle, get on the right side (of history), allow the humanitarian aid to enter.” 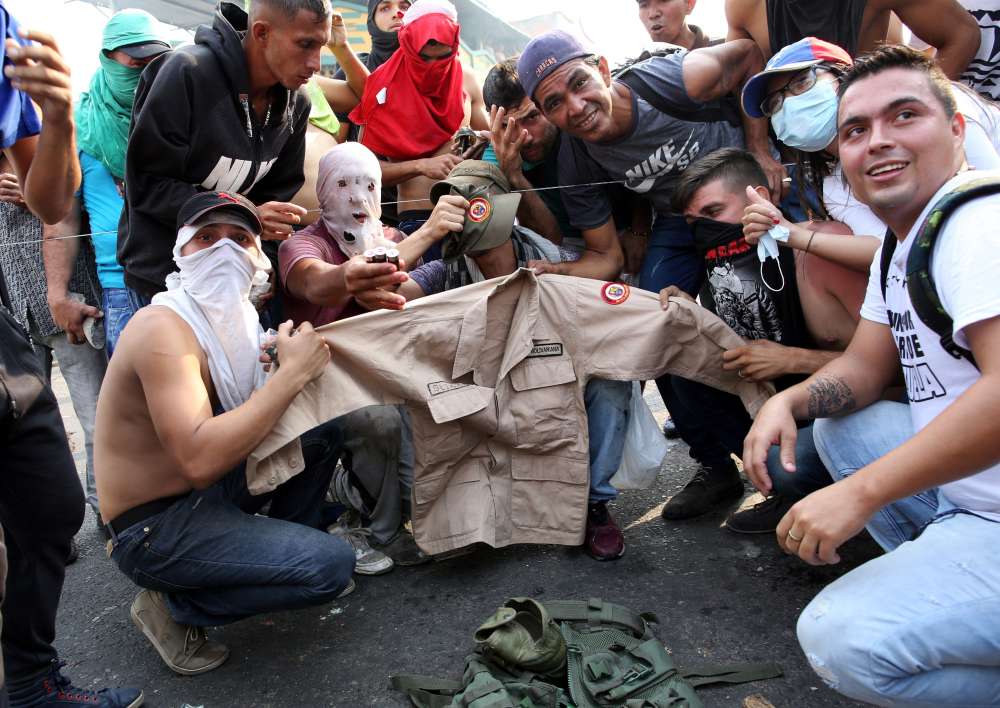 By In Cyprus
Previous articleTroodos roads open only for 4X4 cars – Weather forecast
Next articleLimassol: Toddler sets mattress ablaze while playing with a hair dryer