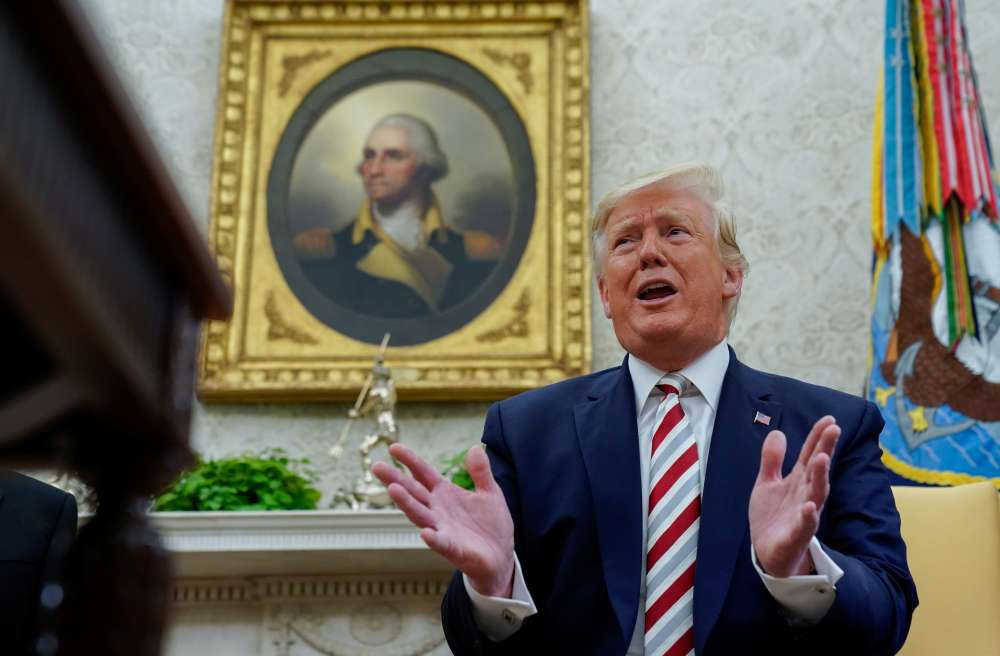 U.S. President Donald Trump was surprised at the resistance to his now-revoked decision to host next year’s Group of Seven summit at his Florida golf resort, his acting chief of staff said on Sunday, adding that Trump still considers himself to be in the hospitality business.

Trump on Saturday announced on Twitter that he was abandoning the move to host the meeting at Trump National Doral near Miami in June, citing “Crazed and Irrational Hostility” from Democrats and the news media. He said he would look for another site, possibly the Camp David presidential retreat.

“He was honestly surprised at the level of pushback” to the original announcement, White House acting chief of staff Mick Mulvaney told “Fox News Sunday.”

“At the end of the day, he still considers himself to be in the hospitality business, and he saw an opportunity to take the biggest leaders from around the world and he wanted to put on the absolute best show, the best visit that he possibly could and he was very confident of doing that at Doral,” Mulvaney said.

The G7 is a group of leading advanced economies comprising the United States, Canada, France, Germany, Italy, Japan and Britain.

“I think it was the right decision to change,” said Mulvaney, who said he had discussed the matter with Trump on Saturday evening. Mulvaney had made the initial announcement that the Trump property would host the annual meeting at a White House news conference on Thursday. Ethics experts and many lawmakers quickly attacked the decision.

The Republican president faces criticism and a number of congressional investigations over his finances and potential conflicts of interest stemming from his real estate business, which he still owns, and an impeachment inquiry into accusations that he pursued political interests in his dealings with Ukraine.

Pressed about his comment that Trump still considers himself to be in the hospitality business, Mulvaney said: “It’s his background.”

“He wanted to put on a show, he wanted to take care of folks,” he added. “He’s in the hotel business, at least he was.”