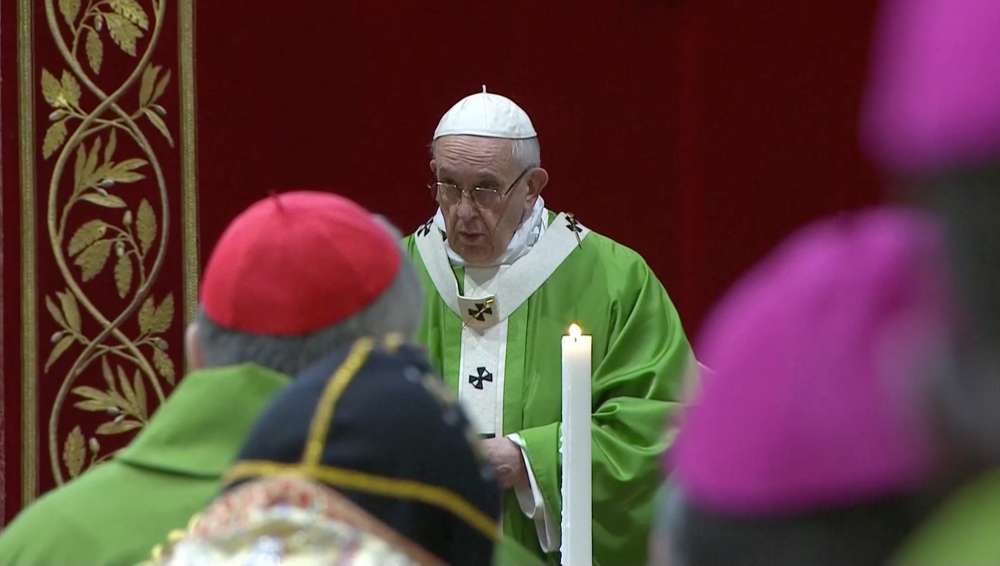 Pope Francis ended his conference on the sexual abuse of children by clergy on Sunday by calling for an “all-out battle” against a crime that should be “erased from the face of the earth”.

In his closing address to the almost 200 Church leaders he had summoned to Rome, Francis said national guidelines on preventing and punishing abuse would be strengthened and the Church’s definition of minors in cases of possession by clergy of pornography would be raised from the current age of 14.

At least two Vatican officials have been convicted in recent years of possessing child pornography.

Shortly after the conference, the Vatican said it would enact a law to protect minors and vulnerable adults within the Vatican City – the tiny enclave surrounded by Rome which is one of the few countries without one.

The Vatican will also issue a “guidebook” to “help bishops around the world clearly understand their duties” and set up teams of expert to be sent to countries to help inexperienced bishops handle cases of abuse.

A list of 21 “reflection points” circulated at the conference included actions such as informing civil authorities of substantial accusations and making sure non-clerics are involved in Church investigations of abuse.

Francis vowed the Roman Catholic Church would “spare no effort” to bring abusers to justice and would not cover up or underestimate abuse.

But he dedicated much of the first part of a speech lasting more than half an hour to statistics from the United Nations and other organisations showing that most sexual abuse of children takes place in families.

“We are thus facing a universal problem, tragically present almost everywhere and affecting everyone. Yet we need to be clear, that while gravely affecting our societies as a whole, this evil is in no way less monstrous when it takes place within the Church,” he said. 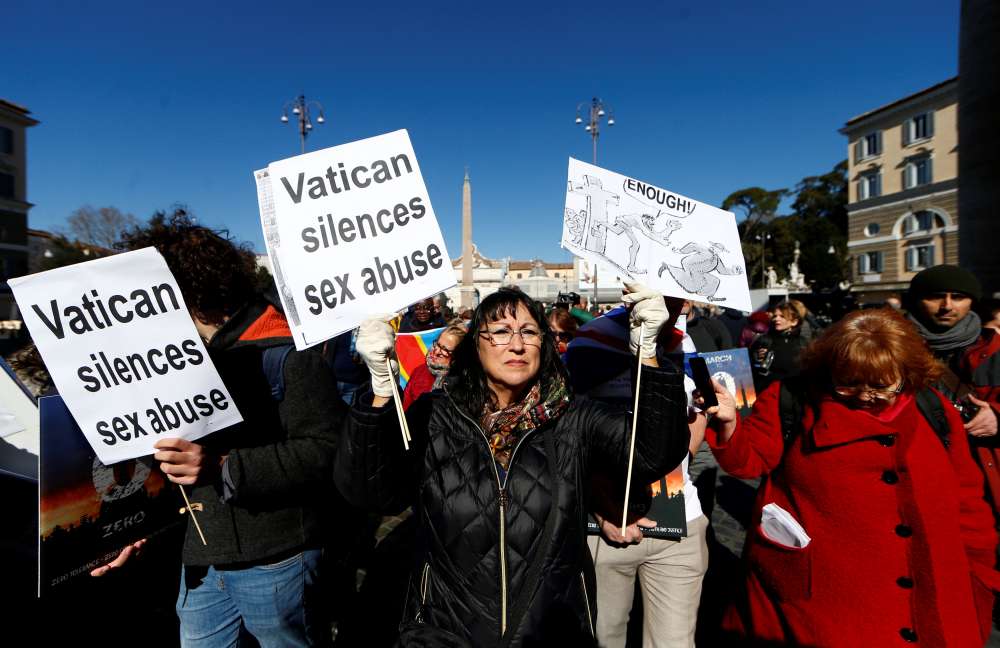 “As the world’s Catholics cry out for concrete change, the Pope instead provides tepid promises, all of which we’ve heard before,” she said in a statement.

“Especially distressing was the pope’s familiar rationalization that abuse happens in all sectors of society … We needed him to offer a bold and decisive plan. He gave us instead defensive, recycled rhetoric,” Barrett-Doyle said.

The conference brought together bishops from countries such as the United States, where cases of abuse have fallen dramatically because of measures enacted nearly 20 years ago, and bishops from mostly poor countries that still have not come to terms with the problem.

“OUR OWN WORST ENEMY”

The meeting took place after events in 2018 made it the most problematic year for the pope since his election in 2013.

In Ireland, which he visited in August, the sexual abuse scandal shattered the power of the Church had dominated society.

In Chile, which he visited in January, all of the country’s bishops offered their resignations last year over a widespread cover-up. Francis accepted seven of the resignations and dismissed two others from the priesthood.

A report by a grand jury in Pennsylvania last year revealed that priests had sexually abused about 1,000 people over seven decades in that U.S. state alone.

Archbishop Mark Coleridge of Brisbane, Australia, delivered a homily at the Mass that formally ended the conference, with words that were in many ways more pungent than the pope’s.

“We will not go unpunished,” Coleridge said. “In abuse and its concealment, the powerful (of the Church) show themselves not men of heaven but men of earth …

“At times, however, we have seen victims and survivors as the enemy, but we have not loved them, we have not blessed them. In that sense, we have been our own worst enemy.”