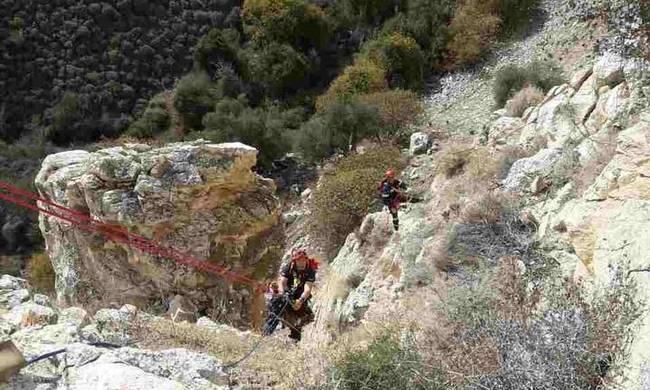 A 21 year old man was the victim of a road accident yesterday on the Ayia Irene of Kannavia – Kyperounda road while a 20 year old man is in critical condition.

Initial investigation has indicated that the two young men were not wearing seat belts.

Head of traffic police Yiannis Georgiou said that the vehicle fell in a 190m cliff and the young men were found at a 100m distance from the car.

Georgiou said consumption of alcohol is a possibility currently being investigated while road-related miscalculations may also have been a factor.

The young men were located around 20:30 last night by a Kakopetria police patrol and it was said that the 20 year old was conscious at the time.

Civilians took part in the rescue operation together with the fire services and the police.

It was reported that the men’s friends and family attempted to contact them on their mobile phones last night after they departed the Ayia Irene cottage where they were staying. When they failed to get in touch they contacted the officer on duty.

The young men were taken to Nicosia hospital where the 21 year old was pronounced dead. The 20 year old was subjected to surgery and his condition was described as critical.