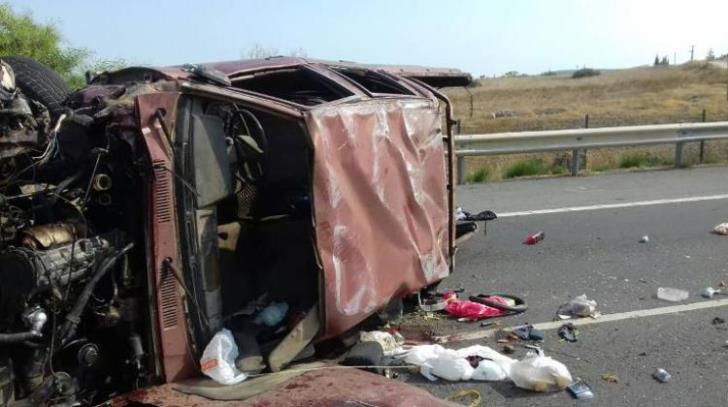 The driver of a car involved in Monday’s fatal accident on the Dhekelia-Larnaca highway which led to the death of a five year old  has tested negative for alcohol, but positive in a narcotest, a police spokesman said on Tuesday.

The 34 year old, who is a Bulgarian, was arrested on Monday and remanded in police custody for six days by Larnaca district court on Tuesday. He faces possible charges of reckless driving and abandoning the scene of an accident.

The car he was driving collided with a car driven by a 35 year old. With him in the second car were his wife, 35, and three children aged 3, 5 and 9. Their car overturned, while the first car was immobilised on the motorway, about 350 metres from the collision. The 5 year girl died on arrival at hospital, the second road fatality in one day.

Latest reports said the father was well, while the mother is in Larnaca hospital. Her condition is described as stable and out of danger. The 3 year old boy is also in stable condition at Nicosia hospital while the 9 year old boy was transferred from Larnaca Hospital to Makarios hospital, primarily for preventive reasons.

Speaking on CyBC on Tuesday, the police spokesman launched an impassioned appeal to drivers and passengers to buckle up . He spoke a day after a father of two and a five year old girl were killed in separate accidents.

Both fatalities occurred on the day police had launched a campaign on seat belt use.

He said neither the father of two — whose car overturned on the Platres – Limassol road, nor the child killed in a crash on the Dhekelia-Larnaca highway had been wearing seat belts.

He said that it also appeared that no-one in the double pick up truck involved in the second collision — the parents and their three children were wearing a seat belt.

The accident occurred after a car rammed into the back of the pick up and it overturned.

The police spokesman also said it was a matter of urgency that Cyprus re-introduce road cameras to help stem the bloodshed on the roads.

Meanwhile, the driver of the other vehicle involved in the collision on the Platres-Limassol road was questioned and released.