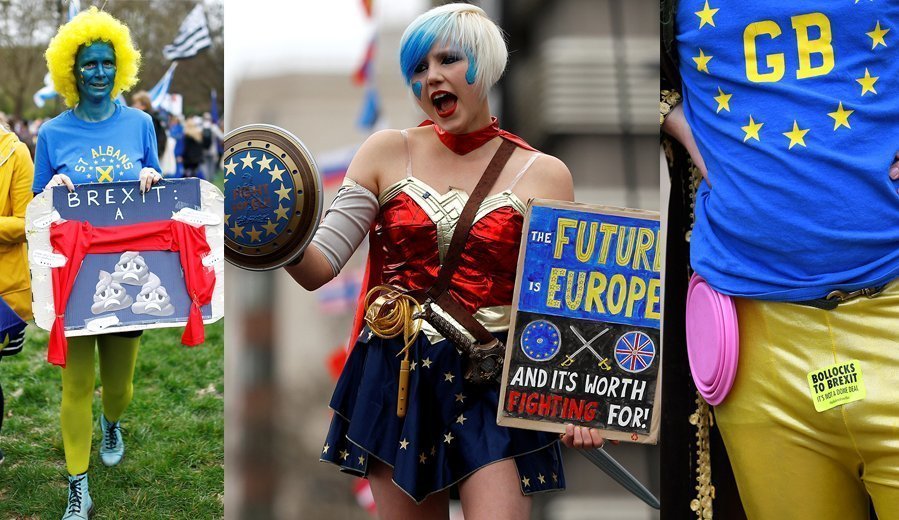 Hundreds of thousands of people opposed to Britain’s withdrawal from the European Union marched through central London on Saturday to demand a new referendum as the deepening Brexit crisis risked sinking Prime Minister Theresa May’s premiership.

Marchers set off in central London with banners proclaiming “the best deal is no Brexit” and “we demand a People’s Vote” in what organisers said could be the biggest anti-Brexit protest yet.

After three years of tortuous debate, it is still uncertain how, when or even if Brexit will happen as May tries to plot a way out of the gravest political crisis in at least a generation.

May hinted on Friday that she might not bring her twice-defeated EU divorce deal back to parliament next week, leaving her Brexit strategy in meltdown. The Times and The Daily Telegraph reported that pressure was growing on May to resign.

“I would feel differently if this was a well managed process and the government was taking sensible decisions. But it is complete chaos,” Gareth Rae, 59, who travelled from Bristol to attend the demonstration, told Reuters.

“The country will be divided whatever happens and it is worse to be divided on a lie.” 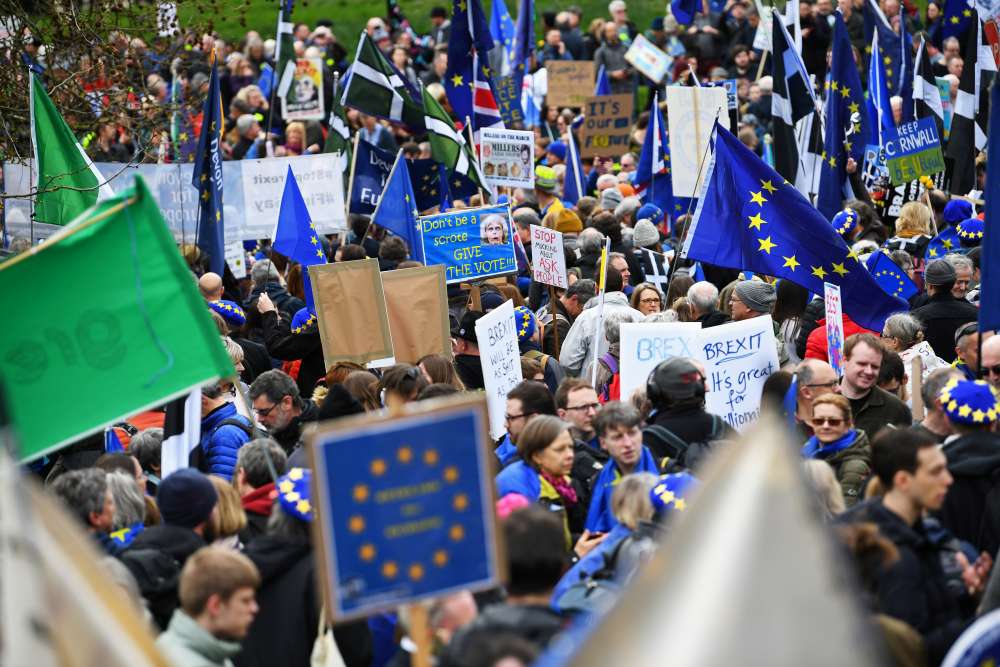 While the country and its politicians are divided over Brexit, most agree it is the most important strategic decision the United Kingdom has faced since World War Two.

Pro-EU protesters gathered for a “Put it to the people march” at Marble Arch on the edge of Hyde Park around midday, before marching past the prime minister’s office in Downing Street and finish outside parliament.

While there was no official estimate of the numbers, campaign organisers said hundreds of thousands of people were in the crowd as it began to march.

Organisers were confident that the size of the crowd would exceed a similar rally held in October, when supporters said about 700,000 people turned up.

“NEVER GONNA GIVE EU UP”

Phoebe Poole, 18, who was holding a placard saying “never gonna give EU up” in reference to a song by 1980s popstar Rick Astley, wasn’t old enough to vote in the 2016 referendum.

“We have come here today because we feel like our future has been stolen from us. It is our generation that is going to have to live with the consequences of this disaster,” she told Reuters.

“It is going to make it harder to get a job. You are already seeing a lot of large companies leaving. I am worried about the future.” 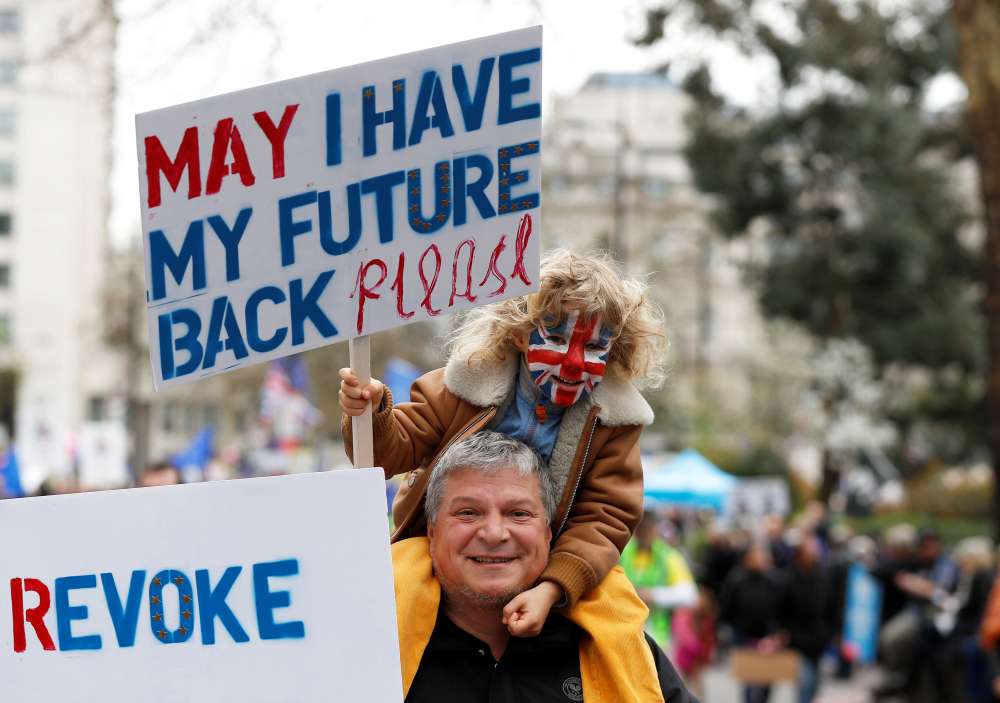 Two hundred coaches from around Britain were booked to take people to London for the march. One coach left the Scottish Highlands on Friday evening, and another left from Cornwall on England’s western tip early on Saturday morning.

A petition to cancel Brexit altogether gained 4 million signatures in just 3 days after May told the public “I am on your side” over Brexit and urged lawmakers to get behind her deal.

But ever since, opponents of Brexit have been exploring ways to hold another referendum.

May has repeatedly ruled out holding another Brexit referendum, saying it would deepen divisions and undermine support for democracy. Brexit supporters say a second referendum would trigger a major constitutional crisis.

We already put it to the people. And the people roared,” pro-leave group Change Britain said in a tweet. 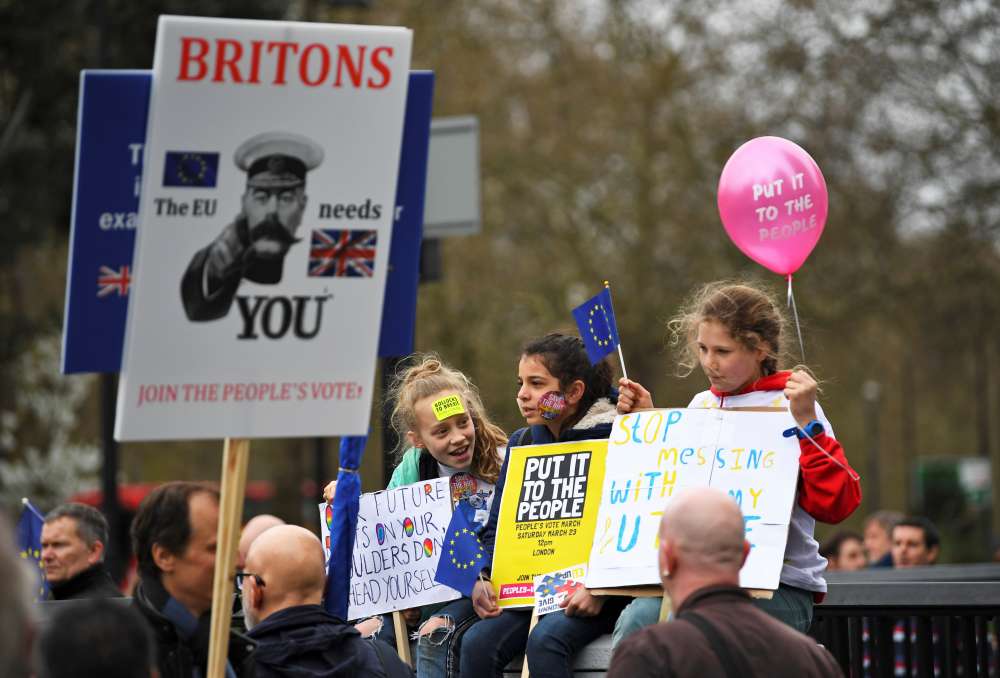 Supporters of Brexit say that while the divorce might bring some short-term instability, in the longer term Britain would thrive if cut free from what they cast as a doomed experiment in German-dominated unity that is falling far behind other major powers.

Some opinion polls have shown a slight shift in favour of remaining in the European Union, but there has yet to be a decisive change in attitudes. 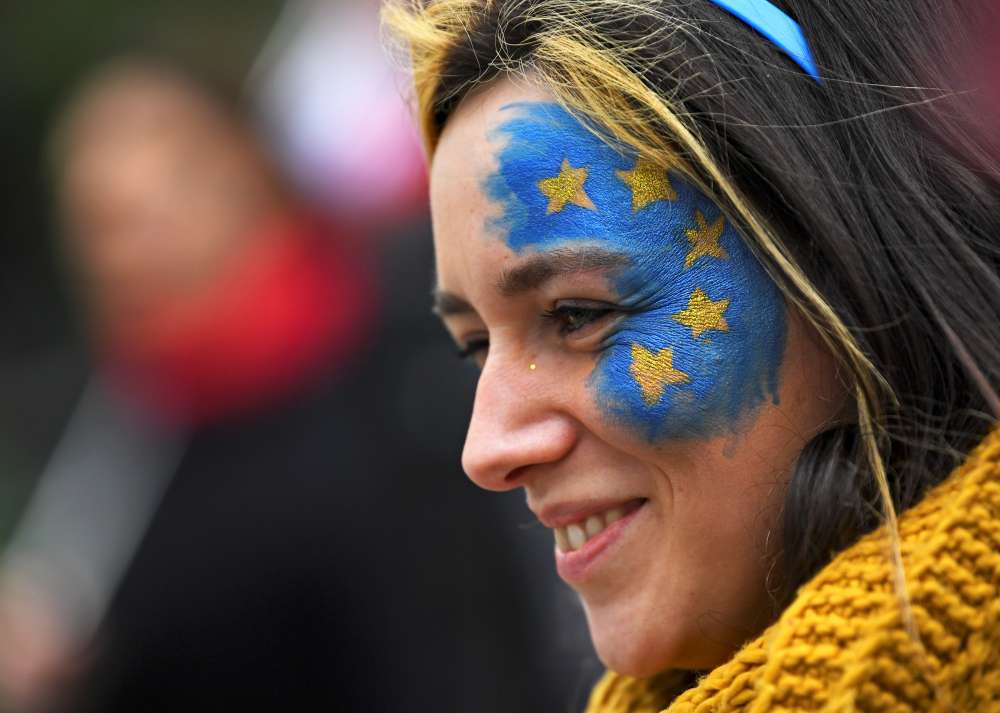 Many voters in Britain say they have become increasingly bored by Brexit and May said on Wednesday that they want this stage of the Brexit process to be “over and done with.”

But protesters disagreed with May’s claim that she is on the side of the British public, with one placard reading: “You do not speak for us Theresa.” 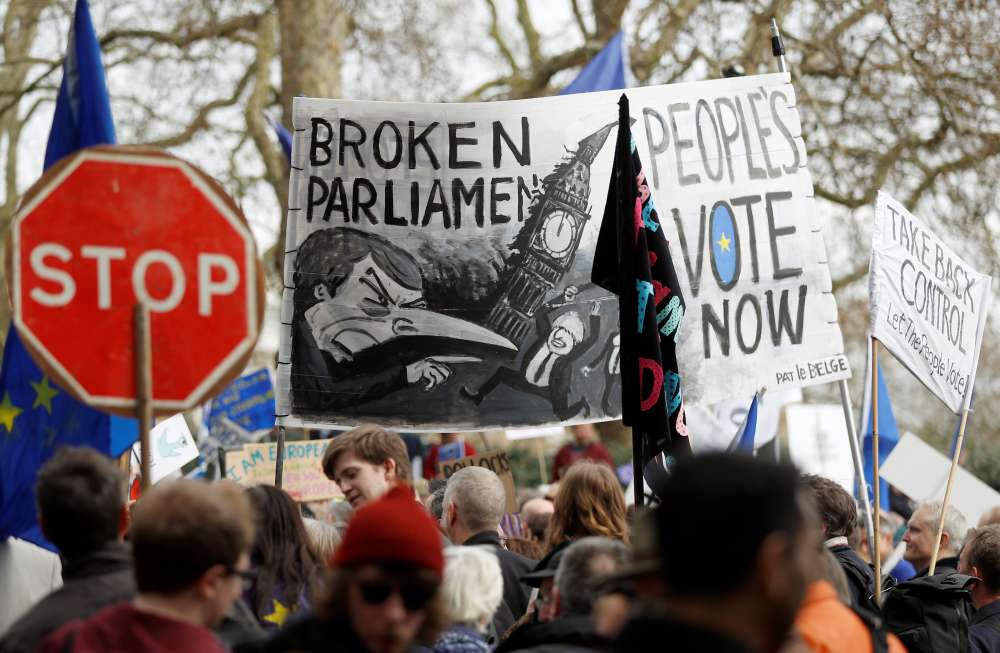 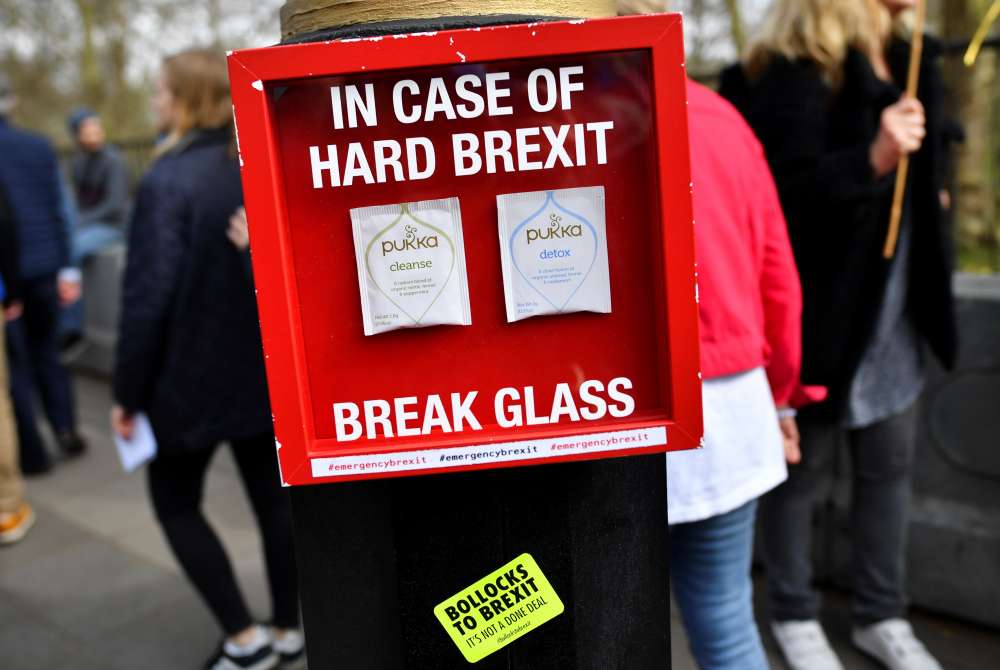