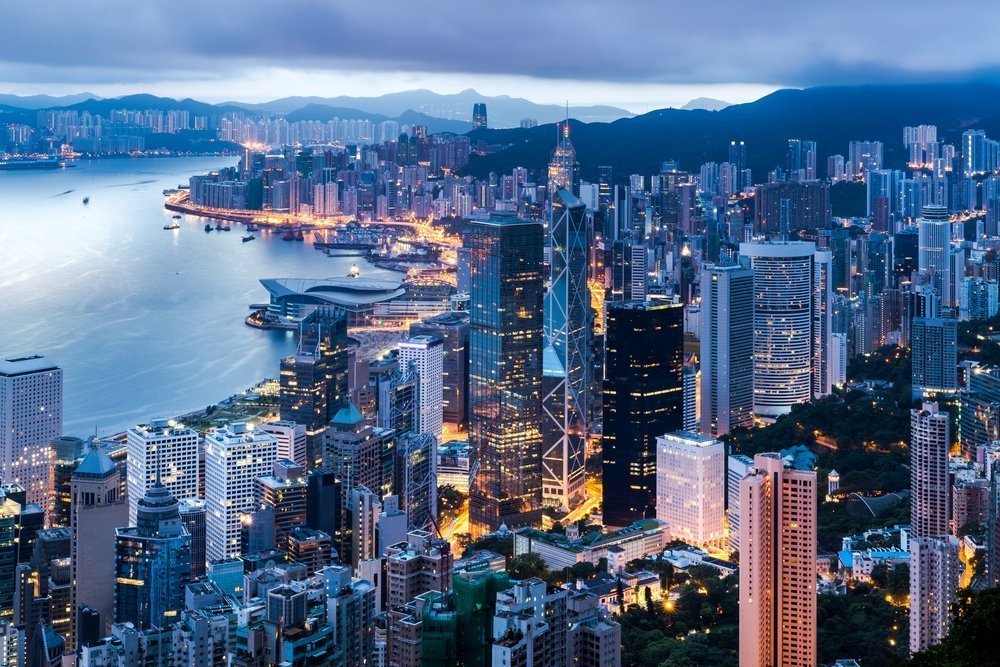 Thousands of protesters blocked roads and public transport links to Hong Kong airport on Sunday in a bid to draw global attention to their fight for greater democracy for the Chinese-ruled city which is facing its biggest political crisis in decades.

Passengers entered and left the terminal freely and planes were taking off and landing but trains were suspended and approach roads to the airport impassable as protesters erected barricades and overturned trolleys at the airport and in the nearby new town of Tung Chung.

The MTR subway station was closed and demonstrators smashed CCTV cameras and lamps with metal poles and dismantled station turnstiles. Police appeared to be running in all directions and made several arrests outside the station.

Protesters had urged the public to target access to one of the world’s busiest and most efficient airports, built on reclaimed land around a tiny outlying island and reached by a series of bridges which were packed with traffic.

“If we disrupt the airport, more foreigners will read the news about Hong Kong,” said one 20-year-old protester, asking not to be named.

Black-clad demonstrators targeted the airport three weeks ago, jamming the terminal in sometimes violent clashes with police and prompting some flights to be cancelled or delayed.

Police said protesters hurled iron poles, bricks and rocks on to the railway track near the airport station and trespassed on the track. By early evening protesters in the immediate vicinity of the airport had left, but protesters in Tung Chung remained.

“We have no idea how to leave. We’re stuck,” a masked protester said, as others looked for buses and ferries to get back home.

Sunday’s demonstration comes after police and protesters clashed overnight in some of the most intense violence since unrest erupted more than three months ago over concerns Beijing was planning to erode the autonomy granted to the former British colony when it was handed back to China in 1997.

China denies the charge of meddling in Hong Kong, which it says is an internal affair. It has denounced the protests and warned of the damage to the economy.

Tourist numbers have plummeted in recent weeks and international trade fairs cancelled as the territory faces its first recession in a decade.

China is eager to quell the unrest before the 70th anniversary of the founding of the People’s Republic of China on Oct. 1. It has accused foreign powers, particularly the United States and Britain, of fomenting the unrest.

Parts of the metro system ground to a halt as skirmishes spread to the subway on Saturday, with television showing images of people being beaten as they cowered on the floor behind umbrellas.

Amnesty International said the metro violence should be investigated.

“Violence directed at police on Saturday is no excuse for officers to go on the rampage elsewhere,” it said.

The latest protests came on the fifth anniversary of China’s decision to curtail democratic reforms and rule out universal suffrage in Hong Kong.

The unrest began in mid-June, fuelled by anger over a now-suspended extradition bill that would have allowed people in the city to be sent to mainland China for trial in courts controlled by the Communist Party.

But the turmoil has evolved over 13 weeks to become a widespread demand for greater democracy.

Hong Kong returned to China under a “one country, two systems” formula that allows it freedoms not enjoyed on the mainland, such as the right to protest and an independent legal system.

The unrest poses the gravest challenge to Chinese President Xi Jinping since he took power in 2012, with his government keen to end the protests before the 70th anniversary of the founding of the People’s Republic of China on Oct 1.

Protesters have called for a general strike on Monday, but it was not immediately clear who would turn up.