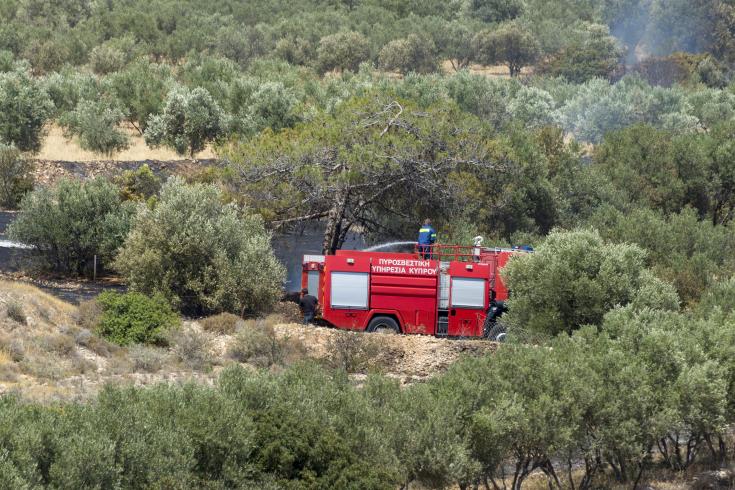 Fire fighters have managed to partly contain a blaze near the  abandoned village of Mousere in rugged terrain in the eastern part of the district of Paphos.

The fire broke out around midday, burning trees, wild vegetation and dry grass.

Fire fighters from the Forestry Department and the fire service have responded to the fire. They are being assisted by two helicopters.

The fire is far from the inhabited areas however there are farms with  livestock in the area of the abandoned village of Mousere and fire fighters are moving to protect the installations from the fire.

The cause of the fire is still not known.

It comes only days after a fire that broke out on Wednesday in Akamas National Forest Park torched nearly 70 hectares of pine trees, bushes and wild vegetation.

The Mousere fire has burned one hectare of wild vegetation. Fire fighters efforts are being hampered by strong winds.

By In Cyprus
Previous articleGreeks march to mark 1973 student revolt anniversary
Next articleVenice hit by another exceptional high tide; worst week in 150 years