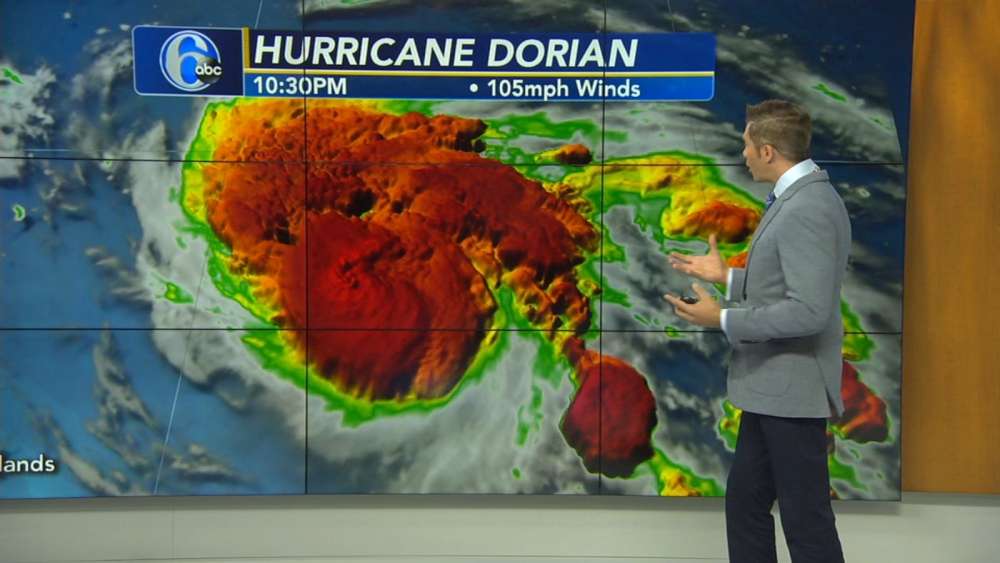 Hurricane Dorian spun west across the Atlantic ocean toward Florida on Saturday after growing into a dangerous Category 4 storm as residents and visitors hunkered down in one of America’s most popular tourist destinations.

The Miami-based National Hurricane Center said there had been a “notable change” since Friday night, with the latest forecasts showing the eye of the storm could veer north and stay out at sea.

But it warned that its course remained unpredictable. Dorian still poses a threat to millions of people, as well as holiday attractions such as Walt Disney World, the NASA launchpads along the Space Coast, and even President Donald Trump’s Mar-a-Lago resort in Palm Beach.

The NHC said Dorian was packing maximum sustained winds of 150 mph (240 kph) and was expected to pass north of the southeastern and central Bahamas on Saturday and be near Florida’s east coast late Monday or early Tuesday.

“Some fluctuations in intensity are likely, but Dorian is expected to remain a powerful hurricane during the next few days,” the NHC said in a statement on Saturday.

On Florida’s east coast, residents bought bottled water, plywood and other supplies as fast as they could be restocked on Friday. Some gas stations ran out of fuel.

Tourists scrambled to leave the Bahamas on Friday as Dorian approached its northwestern islands of Grand Bahama and Abaco, eager to take off before the international airport shut down at 10 p.m.

‘ONE OF THE BIGGEST AND STRONGEST’

The NHC urged Florida residents to remain on alert.

“It should be noted that the new forecast track does not preclude Dorian making landfall on the Florida coast, as large portions of the coast remain in the track cone of uncertainty,” the center cautioned on Saturday.

The storm is expected to turn toward the north, but there was “large uncertainty in the exact location and timing” of the move, it said.

Trump said South Carolina, North Carolina and Georgia could all be hit harder by the storm than had been previously expected.

“It’s moving around and very hard to predict, except that it is one of the biggest and strongest (and really wide) that we have seen in decades. Be safe!” Trump wrote on Twitter.

Cocoa Beach Mayor Ben Malik was taking no chances, putting up storm shutters on his Florida home on Friday afternoon and worrying about the flooding Dorian could unleash on his barrier island town.

“It’s slowed down, we’re looking at a multiple-day event, we were hoping it would just barrel through and leave,” Malik said of forecasts that Dorian could sit over Florida for up to two days, dumping up to 18 inches (46 cm) of water.

“I’m really worried about the amount of rain we’ll be getting.”

Florida Governor Ron DeSantis urged residents to have in reserve at least a week’s worth of food, water and medicine.

Fort Pierce Mayor Linda Hudson on Friday urged its 46,000 residents who planned to evacuate not to delay.

“It’s decision time now. Don’t wait until I-95 north and I-75 north and the turnpike are parking lots,” said Hudson.

Two thousand National Guard troops were mobilized on Friday, and 2,000 more were due to be joining them on Saturday. Florida officials also were making sure that all nursing homes and assisted living facilities had generators.

By In Cyprus
Previous article50-year-old woman missing since Thursday, found and transferred to hospital
Next articleLarnaca: 96-year-old Briton breaks own record as oldest scuba diver (pics)