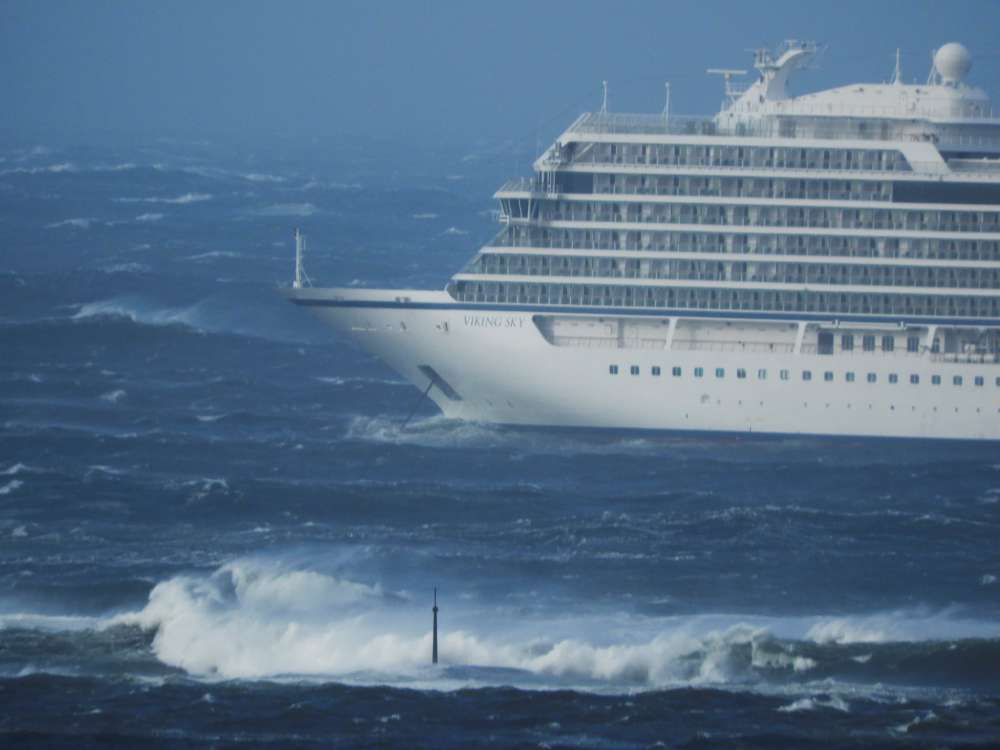 A luxury cruise ship that had set sail with almost 1,400 passengers and crew aboard arrived at a port in Norway on Sunday after narrowly escaping disaster when its engines failed during a storm.

The Viking Sky sent out a mayday signal on Saturday as it drifted in rough waters in the Norwegian Sea to within 100 metres of land.

Rescue services airlifted 479 people, hoisting them one-by- one on to helicopters, before the weather subsided on Sunday and a tow could begin. Many of them were senior citizens.

A total of 1,373 people had started the voyage and about 900 people were still on board as the ship arrived at the port of Molde on Norway’s west coast.

“It was very nearly a disaster. The ship drifted to within 100 metres of running aground before they were able to restart one of the engines,” police chief Hans Vik, who heads the Joint Rescue Coordination Centre for southern Norway, told TV2.

“If they had run aground we would have faced a major disaster.” 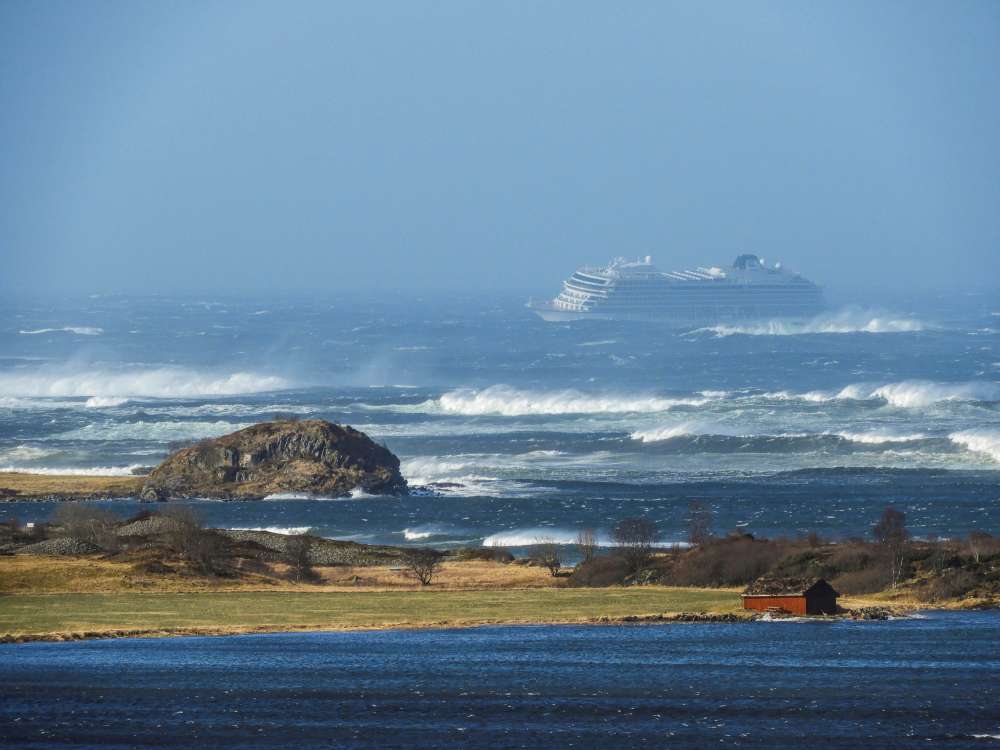 Founder and chairman of Viking Cruises, Norwegian billionaire Torstein Hagen, met some of those who had been airlifted.

“They’ve had a bit of a shocking experience,” Hagen told TV2 and other media after meeting passengers who had been winched from the deck in the storm.

“Most of our passengers are senior citizens…imagine what it’s like to hang there on that wire. It must be a terrible experience but they seem to have handled it very well,” Hagen said.

The 915 passengers were mainly from the United States and Britain, the rescue services said. There were also Canadians and Australians on board, among others, the cruise company said.

Some 20 injured passengers had been taken to hospital, Viking Cruises said, while others had only minor injuries.

One was taken to St. Olav’s Hospital in Trondheim and others were taken to local hospitals.

“Many have also been traumatised by the experience and need care when they arrive on shore,” the Norwegian Red Cross said.

Images and video posted by passengers on social media showed furniture sliding around and panels falling from the ceiling as the vessel drifted in waves of up to eight metres (26 feet), and passengers earlier described the ordeal.

“We were having lunch when it began to shake. Window panes were broken and water came in. It was just chaos. The trip on the helicopter, I would rather forget. It was not fun,” American passenger John Curry told public broadcaster NRK on Saturday.

The stretch of water known as Hustadvika and surrounding areas are known for fierce weather and shallow waters dotted with reefs.

“We all want to know how this could have happened,” company chairman Hagen said. “I’m sure there will be plenty of time to point fingers at what could and should have been done, but that’s for later.”

By In Cyprus
Previous articleHail storm in Paphos, snow in Troodos – Problems on the roads (pics)
Next articleBox Office: Jordan Peele’s ‘Us’ Stuns With $70 Million Opening Weekend