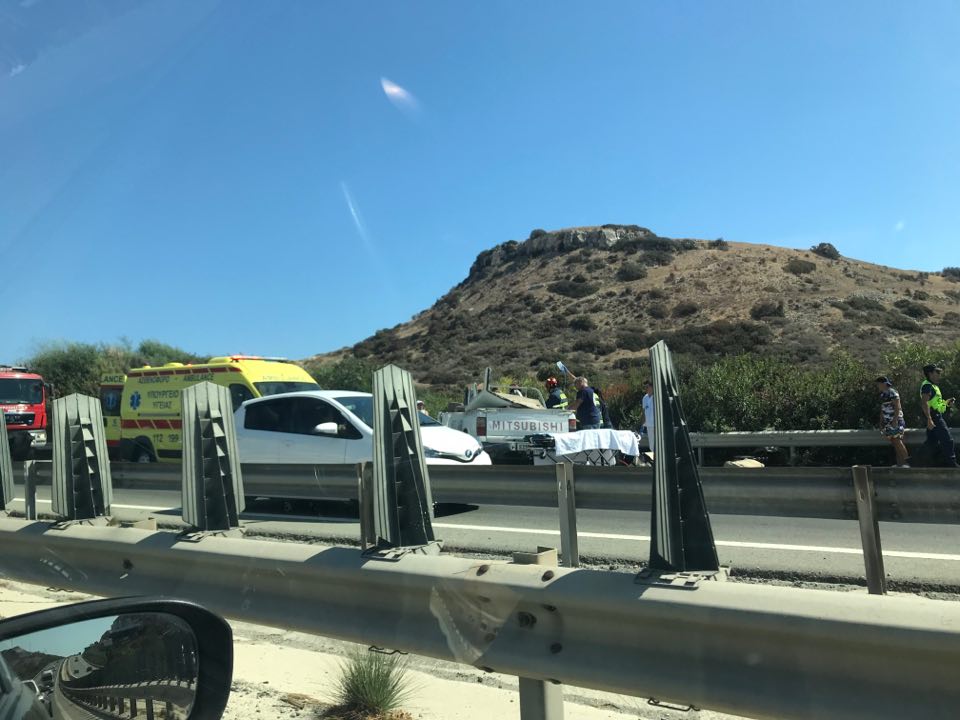 Two people were killed on Tuesday after a fatal crash near the Moni exit on the Nicosia-Limassol highway.

The accident occurred in the morning  and cost the life of the driver of a double cabin truck and one of the passengers. A third passenger is in critical condition and a fourth sustained minor injuries.

All four are Egyptian. The driver had just picked the three up from the airport, Philenews reported.

It said that the accident occurred when a spare part fell off a truck in the left lane. In an attempt to avoid it, a taxi collided with the double cabin truck which was in the right hand lane. It overturned, killing the driver and the passenger in the seat behind him.