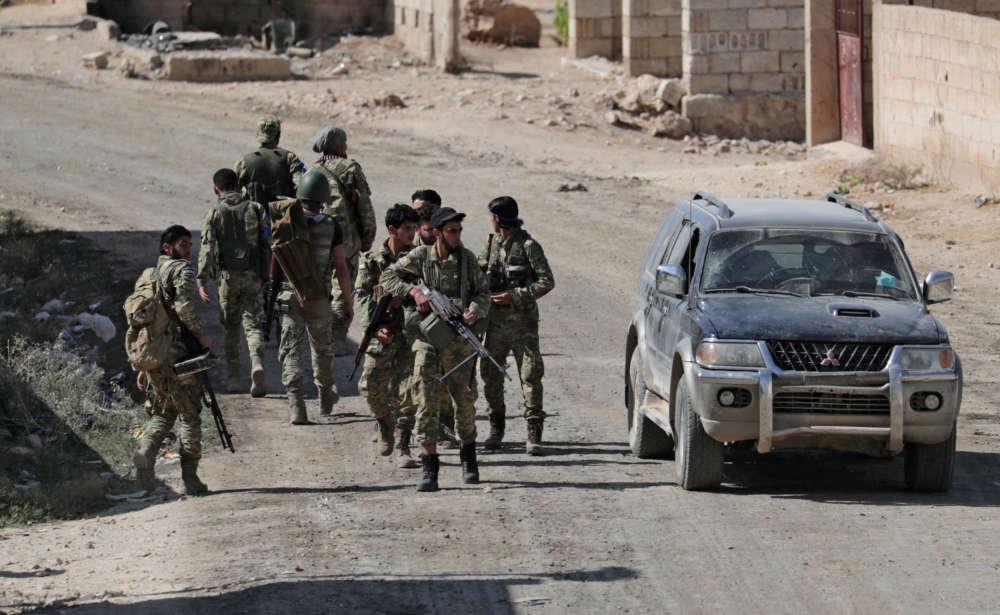 The Kurdish-led administration in northern Syria said 785 foreigners affiliated with Islamic State managed to escape a camp where they were being held following Turkish shelling on Sunday.

In an apparent reference to Turkish-backed Syrian rebels, the administration said in a statement that “mercenaries” had attacked the camp where “Daesh elements” – a reference to Islamic State – in turn attacked camp guards and opened the gates.

The Kurdish-led Syrian Democratic Forces said 31 of its fighters had been killed fighting a Turkish offensive in northern Syria since Saturday, increasing the SDF’s official death toll to 76.