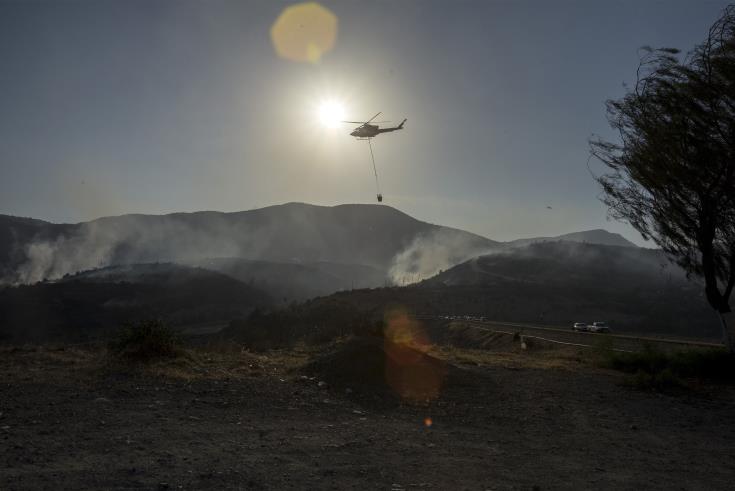 A fire which broke out between Alassa and Lofou  in the Limassol district on Sunday afternoon was contained a little after 8 pm,  contained having burnt half a square kilometre of dry grass, wild vegetation and trees.

Earlier, authorities activated the Ikaros programme to tackle the blaze.

Water dropping aircraft were brought in so that the fire could be contained before night fall.

Fire services spokesman Andreas Kettis said that the fire had raged on two fronts. Fire fighters’ efforts were made more difficult because of the difficult terrain and the strong winds.

He said fire fighters with 19 fire trucks were initially at the scene, assisted by five water dropping aircraft.  In order to contain the fire before night fall, the Icaros programme was activated with British Base helicopters joining the fight against the blaze.

No inhabited areas were at risk.

Fire fighters will remain on site overnight to prevent a flare up.

Investigations into how the fire started will begin with the first light of day.
.