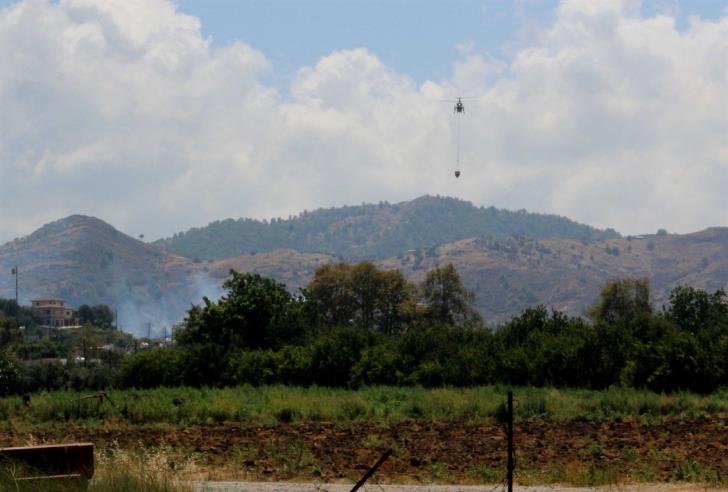 A  large fire which broke out near Kato Pyrgos Tillyrias around 1.30 pm on Saturday is under control thanks to the prompt response of firefighters and the change in direction and weakening of the wind.

The Forestry Department said the fire had burned 10 hectares of private land with pine trees, agricultural cultivation and wild vegetation. It was put under control at 3.20 pm.

It said 14 fire trucks,  volunteers and five water dropping aircraft had been used to fight the blaze. The cause of the fire is under investigation.

Fire fighters remain in the area to prevent a flare up.

The fire broke out between Kato Pyrgos and Pomos and spread rapidly because of the dense vegetation and strong winds. 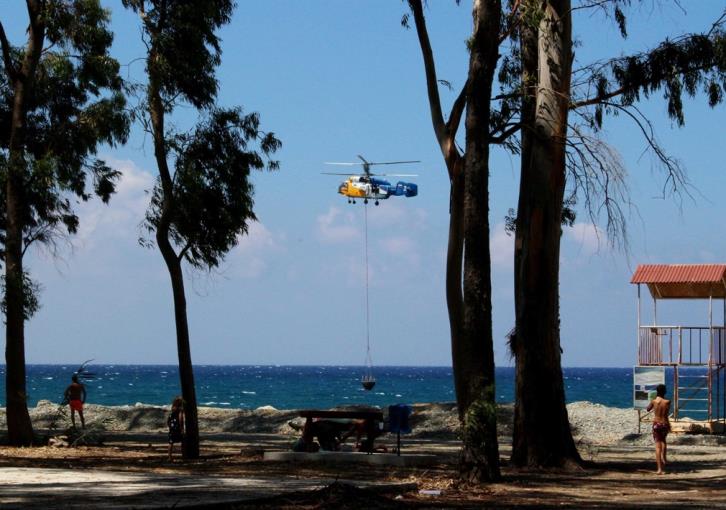 Pano Pyrgos community leader Andreas Laos told Philenews that some houses had been put in danger, but were saved. 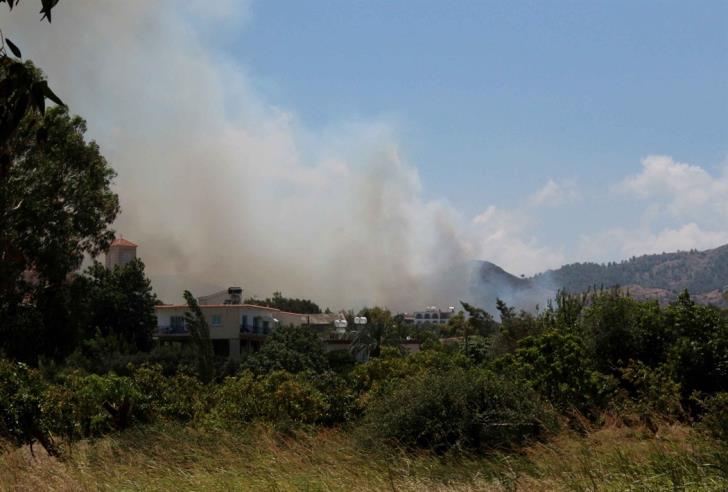