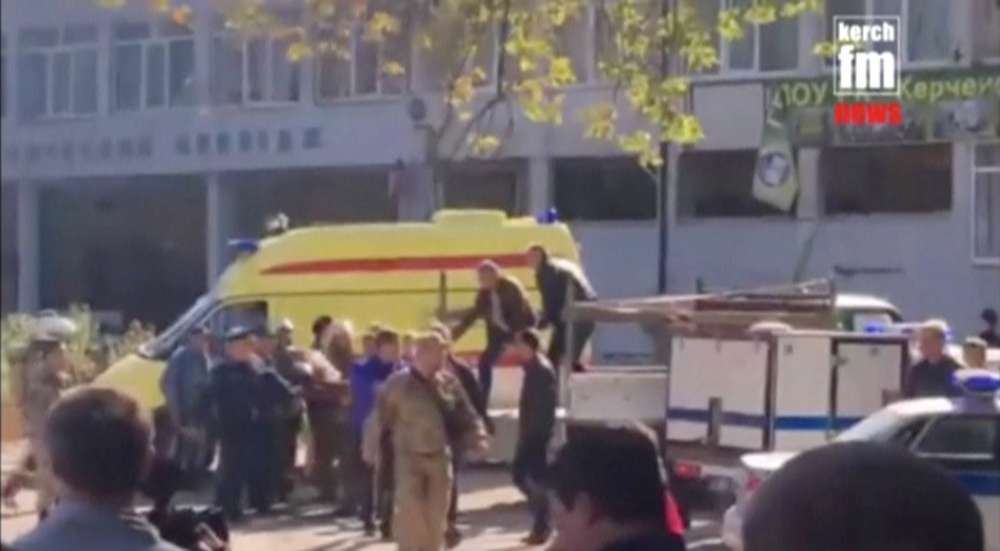 Eighteen people were killed and dozens injured at a college in the Black Sea region of Crimea on Wednesday when at least one attacker set off a bomb in the cafeteria and went through the building shooting at random, officials said.

Law enforcement officials initially said they were treating the incident, in which many of the victims were teenage pupils, as a terrorist attack, but later reclassified it as a mass murder.

Sergei Aksyonov, the head of the Russian-backed administration in Crimea, a region Moscow annexed from Ukraine four years ago, said the main suspect was a male student a the college and that he had killed himself.

The Russian Investigative Committee said an 18 year old pupil had gone on a shooting rampage at the college and then shot himself.

Video footage from the scene showed armoured personnel carriers and military trucks lined up on the approach to the college, in the Crimean city of Kerch. Russia’s Defence Minister Sergei Shoigu said the military was sending forces and supplies to help the victims. 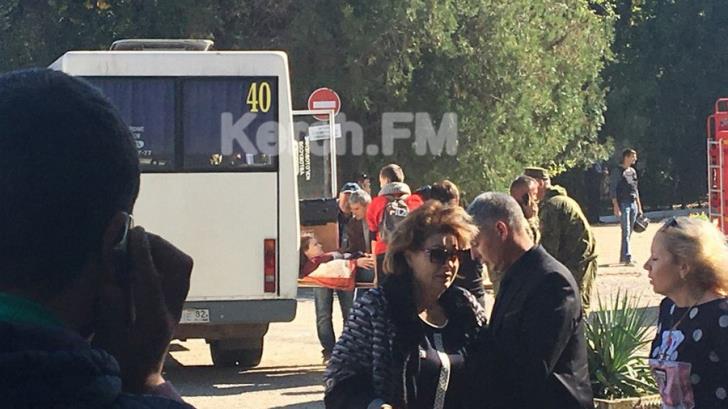 Russia annexed Crimea from Ukraine in 2014, prompting international condemnation and Western sanctions. Since the operation to annex the peninsula, there have been no outbreaks of violence there.

Aksyonov, the regional head, told Russian state television the death toll from the attack now stood at 18, up from a previous estimate of 13.

Olga Grebennikova, the college’s director, described a scene of bloodshed at the college, which provides vocational training. Its pupils are mostly teenagers.

“There are bodies everywhere, children’s bodies everywhere. It was a real act of terrorism. They burst in five or 10 minutes after I’d left. They blew up everything in the hall, glass was flying,” Grebennikova told Crimean media outlets.

“They then ran about throwing some kind of explosives around, and then ran around the second floor with guns, opened the office doors, and killed anyone they could find.”

The Investigative Committee, the law enforcement body that investigates major crimes, said initial information was that an explosive device packed with metal objects had gone off in the cafeteria of the college. 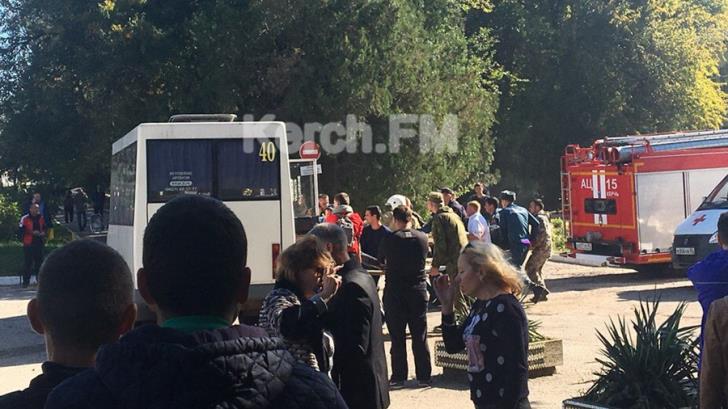 It said in a statement that there were around 50 people wounded in the attack.

An employee at a hospital in Kerch was quoted as saying that 18 people had already been admitted with injuries from the explosion, and that doctors were expecting around 50 more wounded people to be brought in.

“There are already lots of people in the emergency room, and in the operating theatre,” the TASS news agency quoted the employee as saying.

Anastasia Yenshina, a 15-year-old student at the college, said she was in a toilet on the ground floor of the building with some friends when she heard the sound of an explosion.

“I came out and there was dust and smoke, I couldn’t understand, I’d been deafened,” she told Reuters. “Everyone started running. I did not know what to do. Then they told us to leave the building through the gymnasium.”

“Everyone ran there… I saw a girl lying there. There was a child who was being helped to walk because he could not move on his own. The wall was covered in blood. Then everyone started to climb over the fence, and we could still hear explosions. Everyone was scared. People were crying.”

Photographs from the scene posted by local media outlet Kerch.FM showed that the ground floor windows of the two-storey building had been blown out, and that debris was lying on the floor outside.

Emergency services teams could be seen in the photographs carrying wounded people from the building on makeshift stretchers and loading them on to buses and ambulances.