UNSG’s report on Cyprus circulates with a slight change 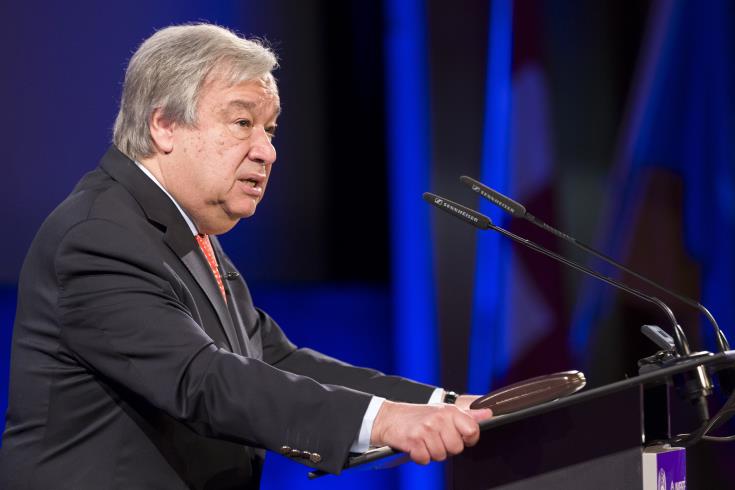 The UNSG`s report on his good offices as regards the efforts to reach a solution in Cyprus circulated on Friday as an official document.

A change was made in the final report compared to the unofficial one that was given to the members of the UN Security Council on the 15th of June. The change concerns paragraph 10 of the report, in which the name of the Italian energy company `ENI` is deleted.

The paragraph now reads as follows:

“10. Tensions over hydrocarbon activities, however, began to escalate early in 2018. Most significantly, on 9 February, an Italian energy company was prevented by Turkish military ships from gaining access to a planned drilling area in the exclusive economic zone of Cyprus. In mid-March, the company’s drillship departed the eastern Mediterranean without having been able to conduct its intended exploratory drilling”.

It is recalled that in his report, UN Secretary General Antonio Guterres says that in the coming period, he intends to send a senior United Nations official to conduct in-depth consultations with the parties in the framework of the efforts to solve the Cyprus issue.

The UNSG says that “I believe there is still scope for the sides to act responsibly and decisively in order to chart a common way forward for the island”.