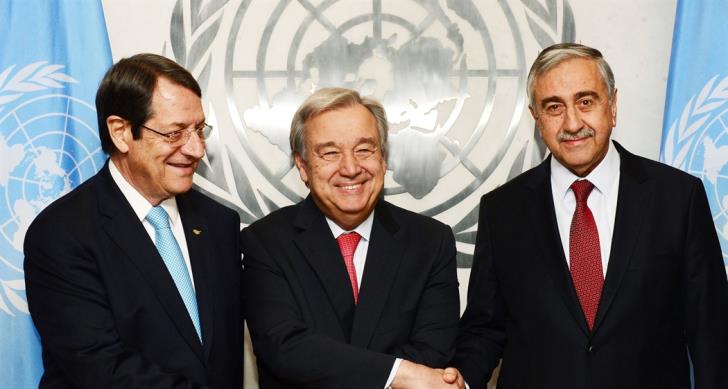 Foreign Minister Nikos Christodoulides has said that a meeting of the UN Secretary-General Antonio Guterres with President Nicos Anastasiads and Turkish Cypriot leader Mustafa Akinci may take place during the last week of November.

In statements on Friday, Christodoulides noted that Guterres’ exploratory contacts on this issue are at an advanced stage, adding that there is nothing more to say right now.

Our aim is certainly for this meeting to take place, but even more, to have those results that will be conducive for the resumption of substantive negotiations as the UNSG has asked, he added.

Asked if conditions are appropriate for holding a meeting between the UNSG and the two leaders, he noted that the Secretary-General and the UN Security Council speak clearly about the need to have the appropriate conditions for the resumption of the talks.

He went on to say that the aim is not just for the talks to resume but to have promising talks with prospects for a positive outcome.

The Foreign Minister reiterated that negotiations must resume from the point they were suspended in Crans-Montana, with a view to reach a solution based on a bizonal, bi-communal federation as provided in the UN resolutions.

At the same time, he added, any illegal activities of Turkey need to be terminated, as required by the international community, either as regards the Republic of Cyprus Exclusive Economic Zone, or plans for the fenced-off city of Famagusta or the buffer zone, he added.

Moreover the Minister stressed that President Anastasiades is fully committed and has responded positively from the very beginning to the UNSG`s call, and expressed hope that developments will allow the resumption of substantive talks.

By In Cyprus
Previous articleWhy does art matter? Banksy asks, offering originals for the right answer
Next articleUK remains a top destination of choice for Cypriot students