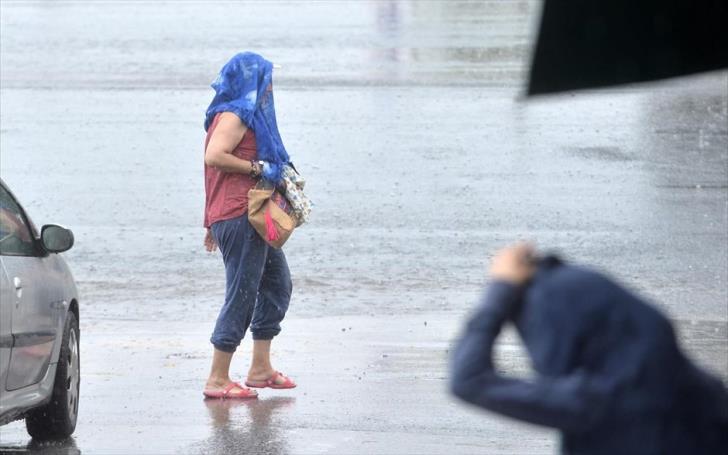 Seasonal low pressure and an unstable air mass are affecting the area until Friday, bringing scattered showers and thunderstorms, the met office said on Wednesday.

In is early morning weather forecast, it said that Wednesday will be mainly fine, but that clouds that develop in the afternoon are expected to lead to scattered showers or thunderstorms mainly in the mountains, inland and on the west and north coasts.

Temperatures today will rise to 37 C inland, around 31 C on the coasts and around 28 C in the mountains.

Tonight will be mainly fine with increased cloud at intervals, mainly on the coasts and in the mountains, while scattered showers or isolated thunderstorms are expected in the west and north.

Temperatures will fall to 19 C inland, around 22 C on the coasts and around 15 C in the mountains.

On Thursday there will be intervals of mainly fine weather as well as intervals of increased cloud while isolated showers or thunderstorms are possible in the morning in the west and north.

Clouds that develop early in the afternoon are expected to lead to isolated showers and thunderstorms in the mountains, inland and on the south-east coasts.

Temperatures will fall to below average for the time of year.

Friday and Saturday will be mainly fine with increased local cloud in the afternoon in the mountains and inland which on Friday may lead to isolated showers or thunderstorms.

There will be a noticeable rise in temperatures, mainly in the mountains and inland, to a little above average for the time of year.