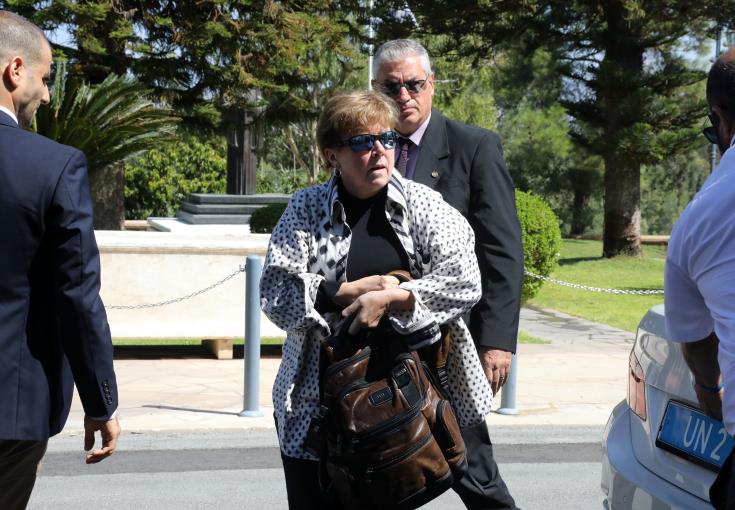 Special envoy of the UN Secretary-General, Jane Holl Lute, is arriving in Cyprus on Sunday evening for a scheduled morning meeting with President Nicos Anastasiades.

Lute is then set to cross to the breakaway northern part of Cyprus for talks with Turkish Cypriot leader Ersin Tatar.

The goal is for stalled UN-brokered talks aiming to reunite the island, divided since a 1974 invasion by Turkey, to resume.

Lute is preparing the ground ahead of an informal five-party summit to discuss the way forward as regards the Cyprus problem.

Both leaders have sent UN Secretary-General Antonio Guterres letters with their positions on the process.

By Annie Charalambous
Previous articlePolice issue 119 fines in 24 hours for violation of covid measures
Next articleOver 100,000 private sector employees nervous over the day after lockdown ends