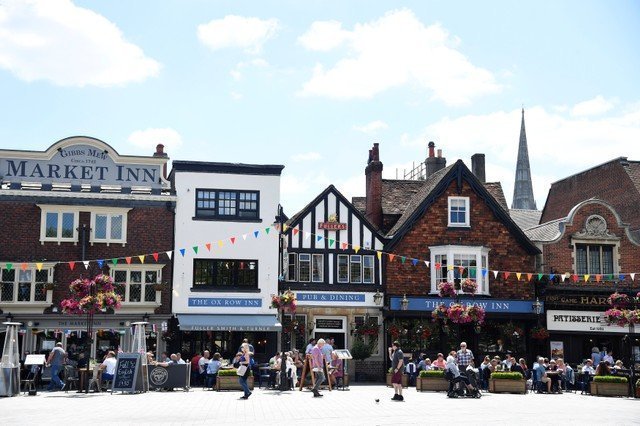 British police said on Wednesday they suspected two people found in a critical condition near the English city where a former Russian spy was poisoned earlier this year may have been exposed to an unknown substance.

Police in Wiltshire, where ex-double agent Sergei Skripal and his daughter Yulia were poisoned with a nerve agent in March, took the rare step of declaring a major incident after a man and a woman were found unconscious on Saturday in Amesbury.

The pair are now in hospital in a critical condition.

“They are both currently receiving treatment for suspected exposure to an unknown substance,” Wiltshire Police said in a statement. “Based upon the number of casualties affected, it is not believed that there is a significant health risk to the wider public.”

The pair, both in their 40s, were initially believed to have taken heroin or crack cocaine from a contaminated batch of drugs. They are being treated at Salisbury District Hospital, which remains open as usual, police said.

The Skripals spent weeks in a critical condition in the same hospital before slowly recovering and being discharged.

More than three days since the two people were found, tests are still being conducted to ascertain what substance made them ill.

Amesbury lies seven miles (11 kms) to the north of Salisbury, where the Skripals were found slumped unconscious on a bench on March 4.

Police said sites in both Amesbury and Salisbury that they believed the man and woman found in Amesbury had frequented would be cordoned off as a precaution.

A Public Health England (PHE) spokesman said there was not a significant risk to the wider public.

Britain blamed Russia for poisoning Skripal with Novichok nerve agent, the first known offensive use of such a nerve agent on European soil since World War Two.

Moscow denied any involvement and suggested Britain had carried out the attack to stoke anti-Russian hysteria.

Russia has said it does not have such nerve agents, did not develop Novichok, and President Vladimir Putin dismissed as nonsense the notion that Moscow would have poisoned Skripal and his 33-year-old daughter.

The attack prompted the biggest Western expulsion of Russian diplomats since the Cold War as allies in Europe and the United States sided with Prime Minister Theresa May’s view that Moscow was either responsible or had lost control of the nerve agent.

Moscow has hit back by expelling Western diplomats, questioning how Britain knows that Russia was responsible and offering its rival interpretations, including that it amounted to a plot by British secret services.

By In Cyprus
Previous articleFor U.S. birthday, life, liberty and the pursuit of hot dogs
Next articleTina Turner’s son found dead in LA in apparent suicide