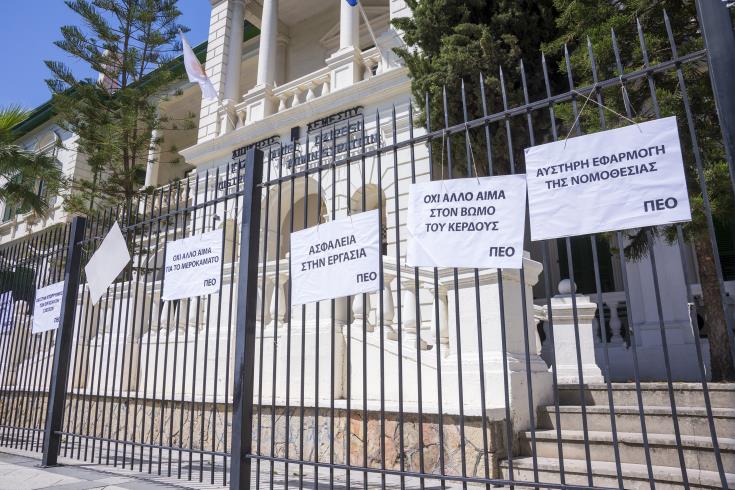 Peo trade union confederation on Friday voiced concern over the sharp increase in the number of labour accidents and urged employers and the government to act.

Four people have already lost their lives in labour accidents in Limassol so far this year — most recently on Tuesday when a 32 year old car mechanic suffered fatal injuries in Ypsonas.

Peo members on Friday marched from the union offices to the district office where they put up placards reading “no more blood on the altar of profit”, “safety at work” and “strict implementation of the law.”

He said that labour relations have been eroded, creating a fertile ground for employers not to adhere to safety rules, with the government showing indifference to the problem.

And he spoke of a ‘slave market’ in sectors such as the hotel industry where a large number of employees are non-Cypriot and are exploited. It was no coincidence that the rate of labour accidents overall among non-Cypriot EU workers was double the average — 1200 accidents per 100,000 employees compared to the average of 600.