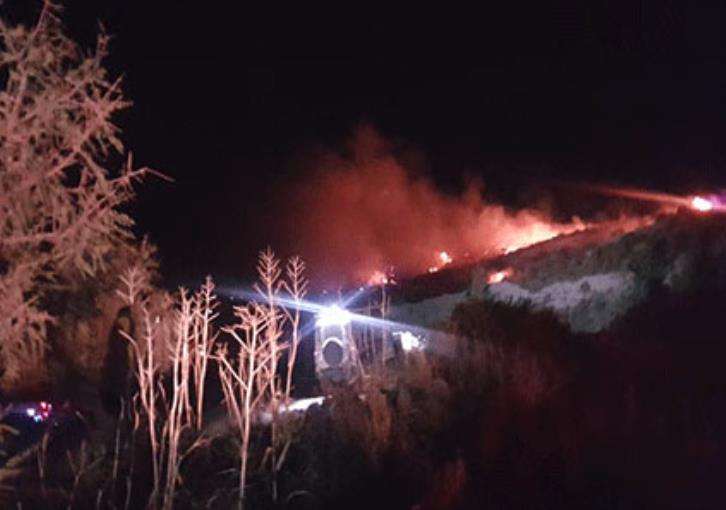 An unidentified object that may have been a missile or UAV (unmanned aerial vehicle) crashed near the Turkish-occupied village of Vouno in the Kyrenia district, at around 1 am Monday.

The explosion, some 12 km northeast of Nicosia, led to a fire which was contained at around 3.40 am. There were no injuries.

Residents told Cypriot media they saw a light in the sky then three loud explosions were heard for miles around. Vouno is a small village in the Pendadaktylos mountain range. Some homes were evacuated, Reuters reported.

It said that officials were studying debris at the crash site.  The so-called foreign minister  Kudret Ozersay in the north  said on Twitter that “the cause of the accident that occurred tonight was not … a helicopter or one of our similar vehicles,” Ozersay.

“Our soldiers, police and firefighters are carrying out inspections and responding at the site.”

He said it was not immediately clear what caused the crash.

“Initial findings indicate the object that caused the explosion was either an aircraft carrying explosives or a direct explosive (missile). The writings and signs on the debris will allow us to understand exactly what happened soon,” he added.

Turkish Cypriot leader Mustafa Akinci who visited the area linked the explosion to military operations in the Middle East.

“It is evident it is not something stemming from our soil … It is one of the bad sides of the war in the region falling into our country,” he said.

Hurriyet newspaper quoted Akinci as saying that the object was an UAV and not a missile.

Cyprus is close to Syria. Israeli warplanes fired missiles targeting Syrian military positions in Homs and the Damascus outskirts overnight in an attack that killed at least four civilians and wounded another 21.

If verified, it would be the first time that Cyprus has been caught up in military operations in the Middle East despite its proximity to the region, Reuters reported.

“An assessment from the pictures made public shows the base of its wings. It has Russian writing on it, so it suggests it is Russian made. Syria uses Russian-made missiles, so a not-so-safe assessment would be it was .. an S-200 (missile),” Pentaras, a retired army general, told Sigma TV in Cyprus.

Jamming technology could have diverted the missile, he said. 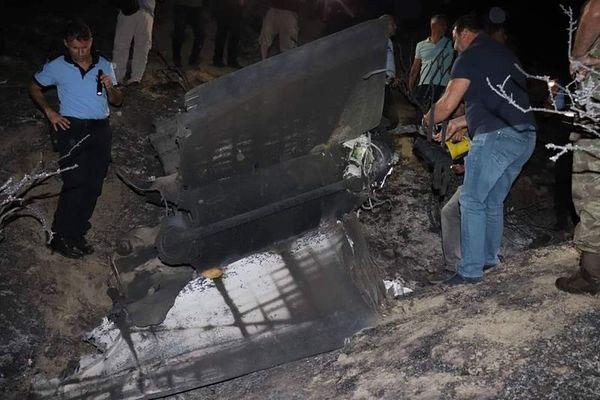 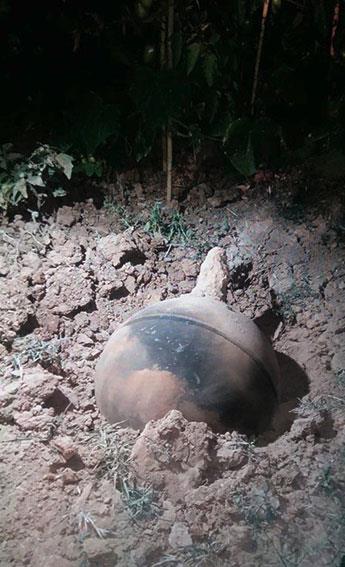 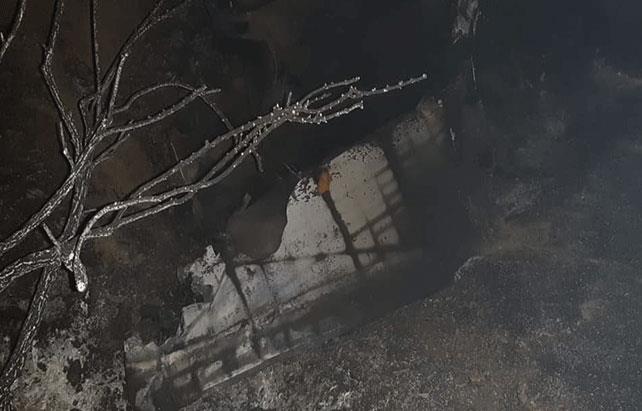