UNFICYP mandate set to be renewed with minor changes 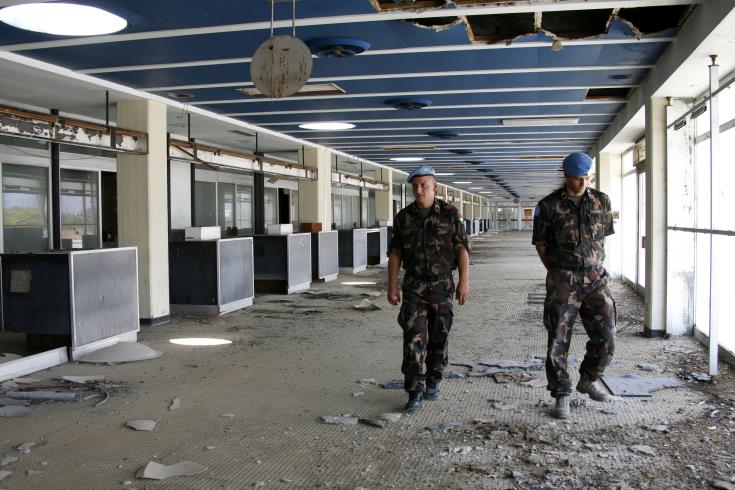 The UN Security Council is expected to adopt later on Tuesday a resolution providing for the  renewal for another six months the mandate of the UN Peacekeeping Force in Cyprus (UNFICYP).

The renewal, up until January 31, 2021, is without any objections and with minor changes that were accepted after Cyprus’ insistence, according to a CNA report from New York.

In its resolution, the Security Council “expresses its full support for UNFICYP, and decides to extend its mandate for a further period ending on 31 January, 2021.”

It also “reaffirms all its relevant resolutions on Cyprus, in particular resolution 1251 (1999).”

The resolution “calls on the Turkish Cypriot side and Turkish forces to restore in Strovilia the military status quo which existed there prior to 30 June 2000, recalls the status of Varosha as set out in relevant resolutions, including resolutions 550 (1984) and 789 (1992), and reaffirms that UNFICYP’s freedom of movement should be respected.”

The Security Council expresses “deep concern at the further escalation and increased tensions in the eastern Mediterranean over hydrocarbons exploration,” and “reiterates its call for a reduction of tensions in the Eastern Mediterranean, and further calls upon the leaders of the two Cypriot communities and all involved parties to refrain from any actions and rhetoric that might damage chances of success.”

The Security Council “further calls for the reopening of all the crossing points and the return to the operating status that existed prior to 29 February 2020 as soon as practically achievable, and for any continuing restrictions on movement across the island to prevent the spread of COVID-19 to be coordinated, and not go beyond what is necessary to protect public health.”

“The opening of the crossings since 2003 has been an important confidence-building measure between both communities and one which is essential for the settlement process,” it says.

Furthermore, the resolution calls on the leaders to “ensure effective coordination and cooperation on health matters, including in response to the COVID-19 pandemic and other infectious diseases which have island-wide implications, including through the effective use of the expertise available in the bi-communal Technical Committees on Health, Crisis Management, Humanitarian Affairs and Economic Matters.”

It also “requests the Secretary-General to submit by 10 January 2021 a report on his Good Offices, in particular on progress towards reaching a consensus starting-point for meaningful results-oriented negotiations leading to a settlement.”

The resolution “encourages the leaders of the two communities to provide written updates to the Good Offices Mission of the Secretary-General” on the actions they have taken “with a view to reaching a sustainable and comprehensive settlement.”