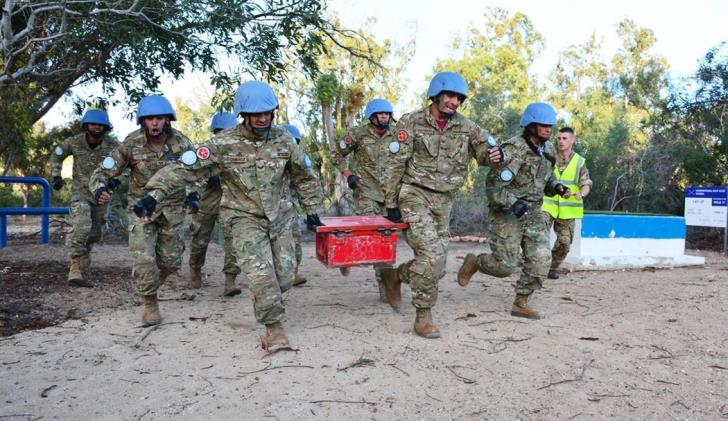 UNFICYP announced on Friday the first Covid-19 case among its personnel.

According to the announcement, the patient reported mild symptoms and was isolated immediately after testing positive.

The patient is being monitored by medical staff and the tracing of his/her contacts is underway, it was added.

“UNFICYP is working closely with the authorities to ensure that all relevant protocols to prevent and mitigate the risk of COVID-19 are strictly adhered to,” the announcement said.

It was also mentioned that following instructions from the Secretary General and in line with decisions by the national government, “all UNFICYP civilian staff have been instructed, since mid-March, to telecommute from home.”

In addition, from April 4 until June 30 the UN Secretary General has halted the rotation and deployment of personnel across all UN peace operations.

“From the earliest manifestation of the outbreak in Cyprus, UNFICYP put strict measures in place to safeguard personnel and the wider community, the mission has stepped up these measures to ensure continuity of operations and prevent the spread of the virus,” the Force said.

By Josephine Koumettou
Previous articleGerman minister criticises U.S. coronavirus response as too slow -Spiegel
Next articleLatest on the spread of the coronavirus around the world