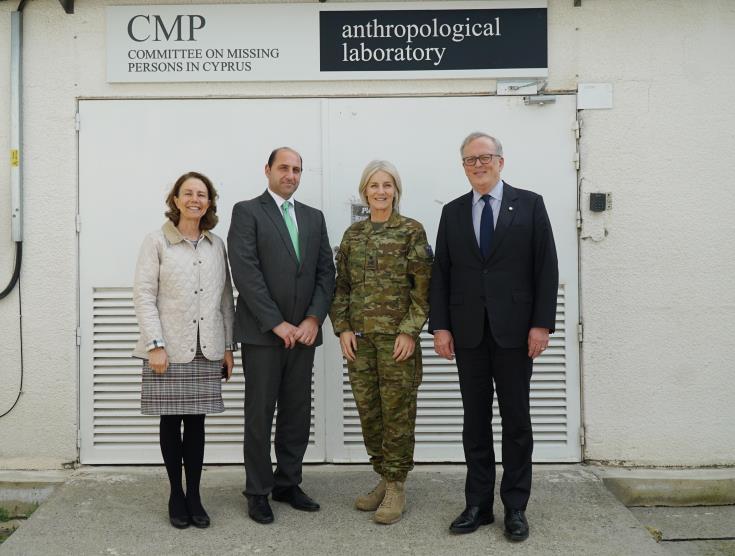 Major-General Cheryl Pearce from Australia, UNFICYP’s new Force Commander told the members of the Committee on Missing Persons (CMP) that she would contact veteran associations, in an effort to obtain additional archival information on possible burial sites.

According to a relevant announcement, Pearce paid a visit today to the CMP Anthropological Laboratory and was briefed by the three Members on CMP’s achievements and challenges and interacted with CMP’s scientists.

“In addition to the support UNFICYP already provides to CMP field teams, such as mine clearance, Major-General Pearce offered to contact veteran associations of former and current troop-contributing countries to UNFICYP” it is noted.

The objective would be to obtain additional archival information on possible burial sites dating to 1963/64 and 1974, the announcement concludes.