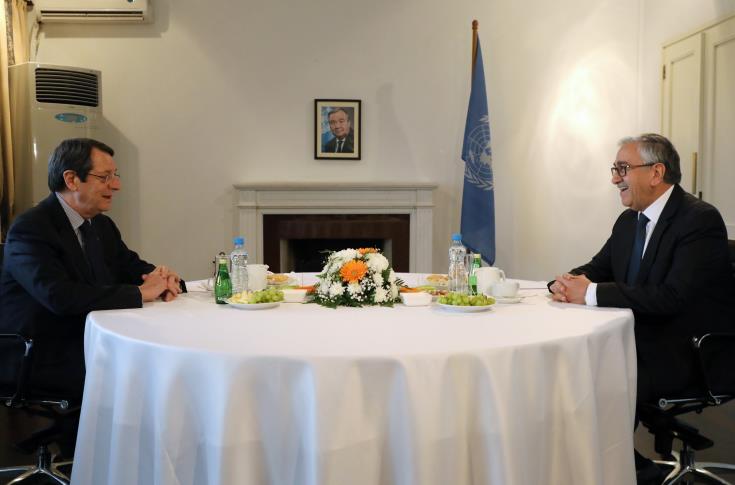 UN Secretary General’s spokesperson Stéphane Dujarric referred on Tuesday to the confidence building measures announced by President Anastasiades and Turkish Cypriot leader Mustafa Akinci after an informal meeting they had, in Nicosia.

Addressing the regular press briefing of international media at the UN Dujarric said that “our colleagues at the Good Offices Mission in Cyprus report that, earlier today, the Turkish Cypriot leader, Mustafa Akıncı, and the Greek Cypriot leader, Nicos Anastasiades, met in the buffer zone under the auspices of the Secretary-General’s Special Representative.”

“The two leaders decided to implement the confidence-building measure regarding mobile phone interoperability in order to facilitate greater interaction between the two communities,” he added.

In addition, he said, “the leaders announced that the interconnectivity of the island’s two electricity grids, as agreed in 2015, has now been achieved.”

Anastasiades and Akıncı, Dujarric noted, “also agreed on the clearance of nine suspected hazardous areas on both sides of the island, with a view to working towards a mine-free Cyprus, as well as a number of other confidence-building measures.”