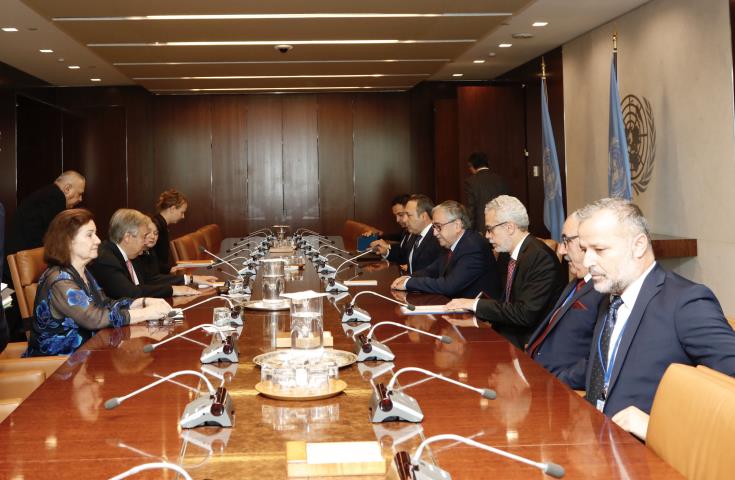 Turkish Cypriot leader  Mustafa Akıncı on Monday met with UNSG Antonio Guterres at the UN headquarters in New York with whom he exchanged views on prospects for renewed Cyprus talks.