UN: One in every nine people in the world are hungry 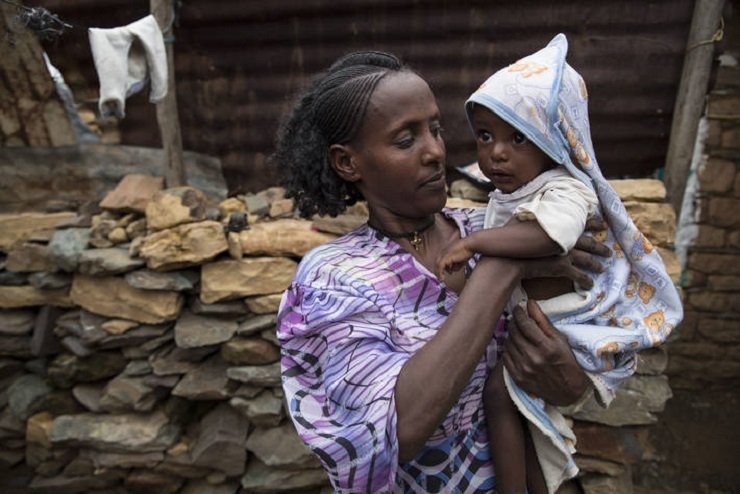 New evidence continues to signal that the number of hungry people in the world is growing, reaching 821 million in 2017 or one in every nine people, according to The State of Food Security and Nutrition in the World 2018 released today. Limited progress is also being made in addressing the multiple forms of malnutrition, ranging from child stunting to adult obesity, putting the health of hundreds of millions of people at risk.

Hunger has been on the rise over the past three years, returning to levels from a decade ago. This reversal in progress sends a clear warning that more must be done and urgently if the Sustainable Development Goal of Zero Hunger is to be achieved by 2030.

The situation is worsening in South America and most regions of Africa, while the decreasing trend in undernourishment that characterized Asia seems to be slowing down significantly.

The annual UN report found that climate variability affecting rainfall patterns and agricultural seasons, and climate extremes such as droughts and floods, are among the key drivers behind the rise in hunger, together with conflict and economic slowdowns.

“The alarming signs of increasing food insecurity and high levels of different forms of malnutrition are a clear warning that there is considerable work to be done to make sure we ‘leave no one behind’ on the road towards achieving the SDG goals on food security and improved nutrition,” the heads of the UN Food and Agriculture Organization (FAO), the International Fund for Agricultural Development (IFAD), the UN Children’s Fund (UNICEF), the World Food Programme (WFP) and the World Health Organization (WHO) warned in their joint foreword to the report.

“If we are to achieve a world without hunger and malnutrition in all its forms by 2030, it is imperative that we accelerate and scale up actions to strengthen the resilience and adaptive capacity of food systems and people’s livelihoods in response to climate variability and extremes,” the leaders said.

The impact of climate variability and extremes on hunger

Changes in climate are already undermining production of major crops such as wheat, rice and maize in tropical and temperate regions and, without building climate resilience, this is expected to worsen as temperatures increase and become more extreme.

Analysis in the report shows that the prevalence and number of undernourished people tend to be higher in countries highly exposed to climate extremes. Undernourishment is higher again when exposure to climate extremes is compounded by a high proportion of the population depending on agricultural systems that are highly sensitive to rainfall and temperature variability.

Temperature anomalies over agricultural cropping areas continued to be higher than the long-term mean throughout 2011-2016, leading to more frequent spells of extreme heat in the last five years. The nature of rainfall seasons is also changing, such as the late or early start of rainy seasons and the unequal distribution of rainfall within a season.

Slow progress on ending all forms of malnutrition

Poor progress has been made in reducing child stunting, the report says, with nearly 151 million children aged under five too short for their age due to malnutrition in 2017, compared to 165 million in 2012. Globally, Africa and Asia accounted for 39 percent and 55 percent of all stunted children, respectively.

Prevalence of child wasting remains extremely high in Asia where almost one in 10 children under five has low weight for their height, compared to just one in 100 in Latin America and the Caribbean.

The report describes as “shameful” the fact that one in three women of reproductive age globally is affected by anaemia, which has significant health and development consequences for both women and their children. No region has shown a decline in anaemia among women of reproductive age, and the prevalence in Africa and Asia is nearly three times higher than in North America.

Rates of exclusive breastfeeding in Africa and Asia are 1.5 times higher than those in North America where only 26 percent of infants under six months receive breastmilk exclusively.

The other side of hunger: obesity on the rise

Adult obesity is worsening, and more than one in eight adults in the world is obese. The problem is most significant in North America, but Africa and Asia are also experiencing an upward trend, the report shows.

Undernutrition and obesity coexist in many countries, and can even be seen side by side in the same household. Poor access to nutritious food due to its higher cost, the stress of living with food insecurity, and physiological adaptations to food deprivation help explain why food-insecure families may have a higher risk of overweight and obesity.

The report calls for implementing and scaling up interventions aimed at guaranteeing access to nutritious foods and breaking the intergenerational cycle of malnutrition. Policies must pay special attention to groups who are the most vulnerable to the harmful consequences of poor food access: infants, children aged under five, school-aged children, adolescent girls, and women.

At the same time, a sustainable shift must be made towards nutrition-sensitive agriculture and food systems that can provide safe and high-quality food for all. 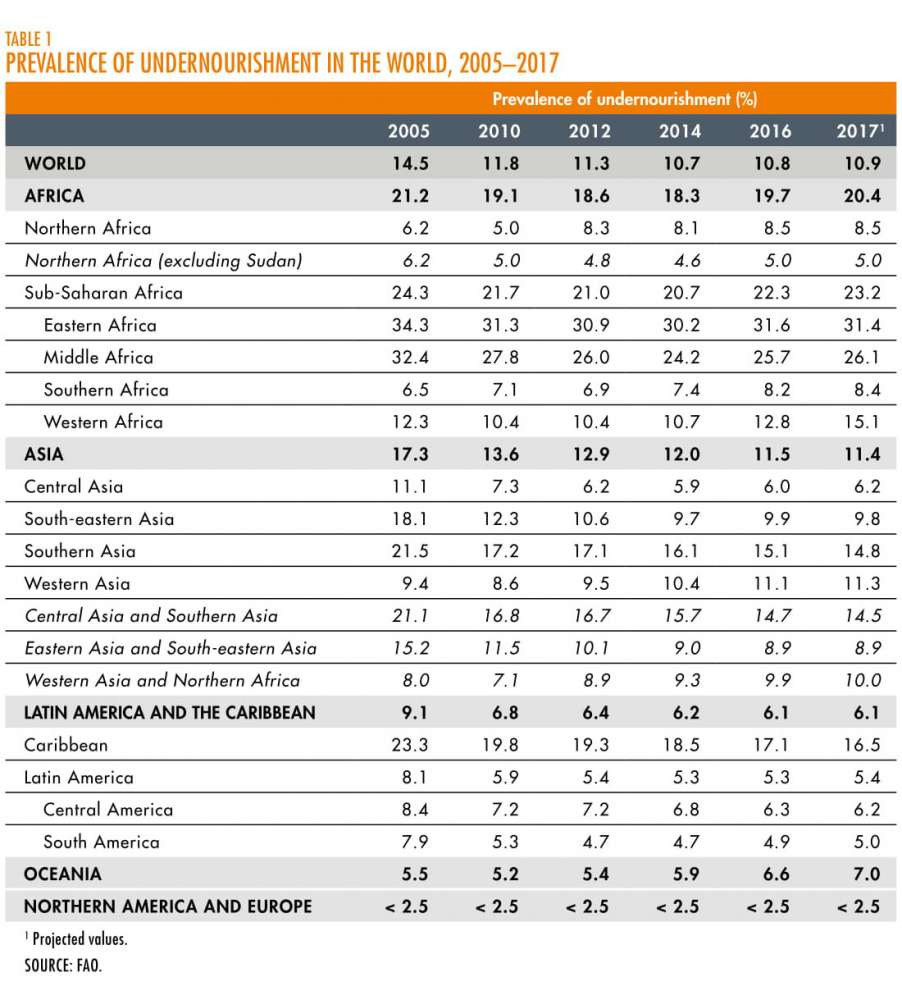