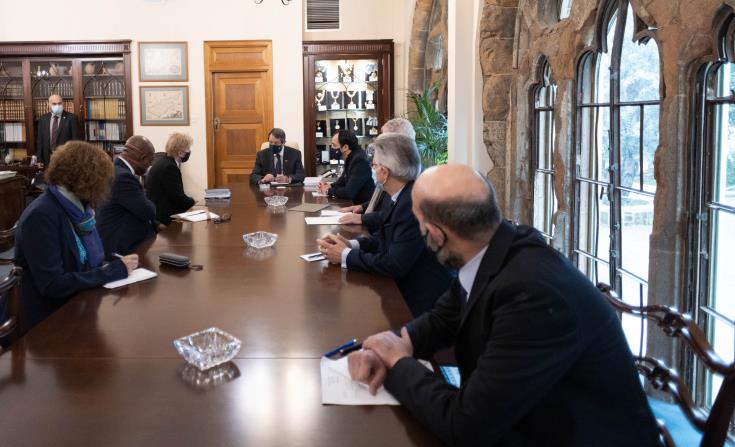 UN Secretary General`s Envoy on Cyprus Jane Hall Lute on Sunday began talks in Nicosia with the two leaders of the divided island.

She is meeting President Nicos Anastasiades in the morning and Turkish Cypriot leader Ersin Tatar ahead of an informal summit on Cyprus in Geneva on April 27-29.

Lute will try to secure the two sides` consent that they will agree on a text in Geneva paving the way for the resumption of reunification talks.

Lute has already sent the program of the Geneva meeting to the leaders and as it became known it will kick off with a dinner to be hosted by Antonio Guterres for the leaders and their delegations on April 27.

The informal meeting will take place the next day to be followed by bilateral consultations and then another final meeting.

The UN Secretary-General invited all parties involved, that is the Greek Cypriot and Turkish Cypriots sides plus guarantors Greece, Turkey and the UK. The EU will participate as an observer.