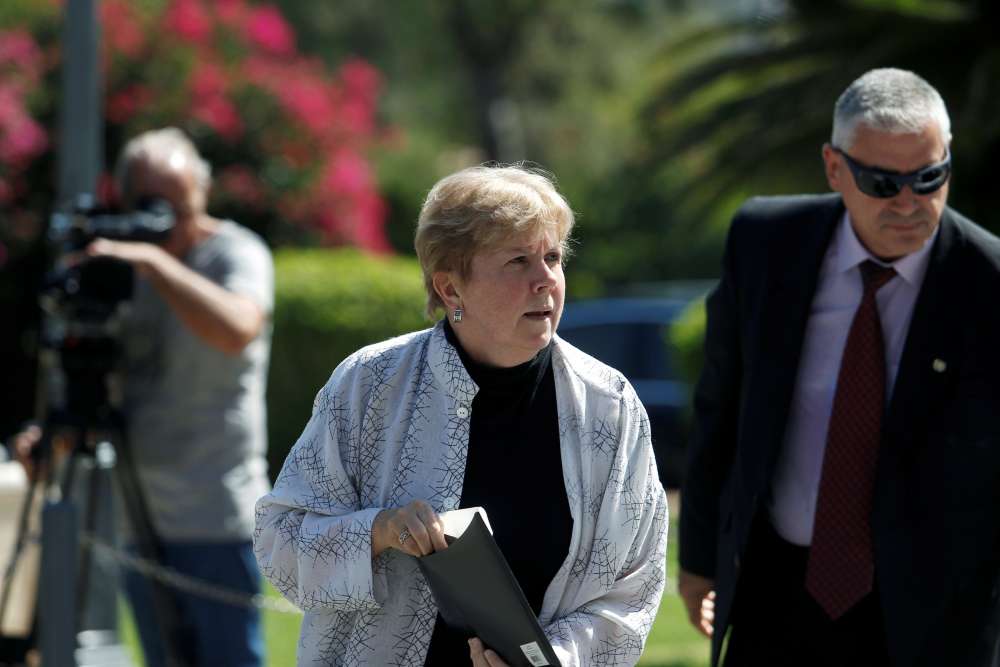 There are no details yet as to the date of arrival of Jane Holl Lute, the envoy of the UN Secretary General, who is expected in Cyprus in order to agree on the terms of reference that will pave the way for the resumption of settlement talks. A government source told CNA that this is not likely to happen before December 20.

“The only thing which is certain is that we expect Ms. Lute to notify us about her arrival,” the same source said.

A UN source in Cyprus also said that there are no details about her schedule.

Moreover, the President of Cyprus Nicos Anastasiades will travel to Strasbourg to address the European Parliament plenary, in session between December 10 and 13. According to a draft agenda, President Anastasiades will appear before MEPs on Wedenesday, December 12, at 0900 hours local time.

On December 20, the President will visit Israel to attend a Cyprus-Greece-Israel Trilateral Summit.

“In essence, we are talking about a date after December 20” the government source told CNA, adding however that “nothing is certain.” The same source highlighted a point raised by Turkish Foreign Minister Mevlüt Çavuşoğlu, during his separate meetings with President Anastasiades, AKEL Secretary-General Andros Kyprianou “and possibly with others”, that negotiations could start after May 2019. “This is also part of Lute’s considerations” the source concluded.

By In Cyprus
Previous articleTurkish violations of rights of enclaved Greek Cypriots not limited to a few hundred, Nicosia says
Next articleMan found dead on Dasoudi beach, Limassol