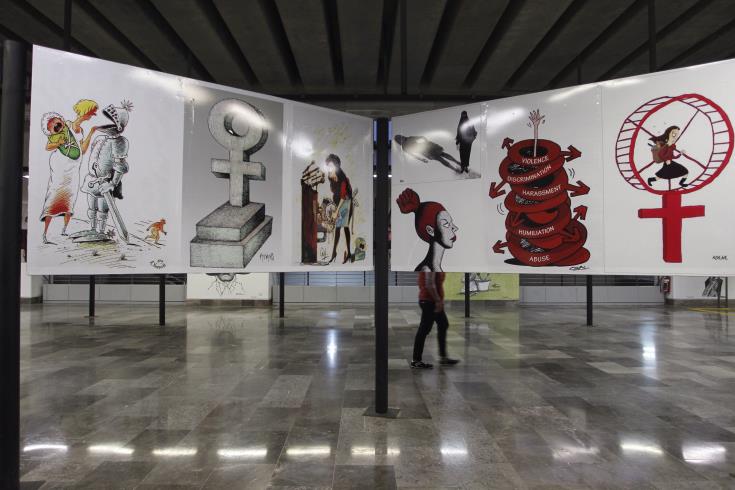 The progress Cyprus has made in combating discrimination against women was praised by the members of the Committee on the Elimination of Discrimination Against Women, in the framework of its 70th session, which is taking place at the UN Offices in Geneva.

According to a press release, during the examination on Wednesday of the 8th Periodical Report of the Republic of Cyprus on the implementation of the Convention on the Elimination of all Forms of Discrimination Against Women, positive remarks were made regarding the Strategic Action Plan on Gender Equality 2014-2017 and the survey on the financial consequences of divorce for men and women.

The Committee pointed out sectors in which additional measures could be taken in order to improve Cyprus’ compliance with the provisions of the Convention.

Presenting the Report, head of the Cypriot delegation Law Commissioner Leda Koursoumba referred to the actions in Cyprus and the most important developments, and pointed out that, due to the 1974 Turkish invasion and occupation of Cyprus’ northern third, the authorities of the Republic of Cyprus are prevented from exercising effective control and safeguarding the relevant rights in the northern Turkish occupied areas.

Chairperson of the Committee Dalia Leinarte, from Lithuania, congratulated Cyprus on its efforts to abolish discrimination against women, and encouraged the Cypriot delegation to evaluate and respond positively to the concerns expressed, to the benefit of women and girls in Cyprus.