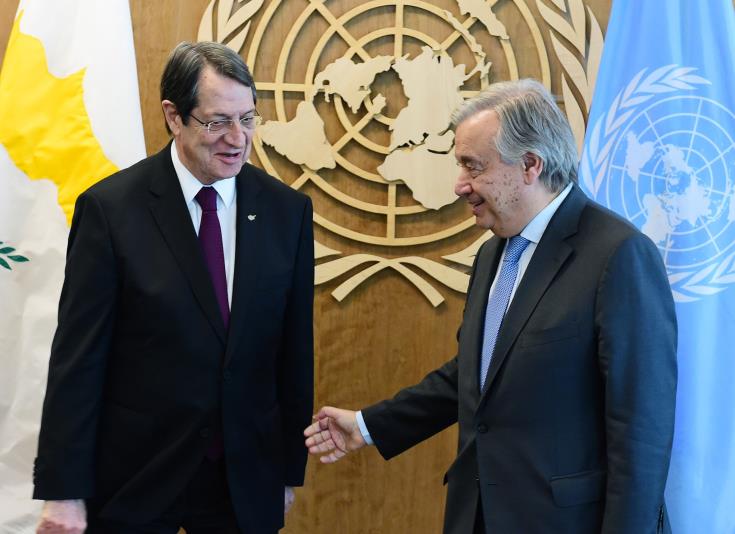 The reports of the UN Secretary-General António Guterres regarding his mission of good offices in Cyprus and on the United Nations Peacekeeping Force in Cyprus (UNFICYP) have  circulated as official documents of the Security Council.

The Press and Information Office has announced that the report was circulated late on Wednesday under the number S/2020/685 and the full text can be found here.

The Security Council is expected to hold an official session on Wednesday, July 29, for the adoption of the resolution extending the mandate of UNFICYP for another 6 months. UNFICYP’s current mandate expires on July 31st, 2020.

In the detailed report on UNFICYP, Guterres’ notes, amongst other things, note that the absence of a solution to the Cyprus problem is “increasingly unsustainable” as the Cyprus News Agency (CNA) reported last week based on an unofficial copy of the report that was handed over to the members of the Security Council.

The Secretary-General further stated amongst other things on the matter that he still holds out hope that a comprehensive settlement in Cyprus is possible adding that the global advance of COVID-19 has unfortunately added to an already complex situation on and around the island.