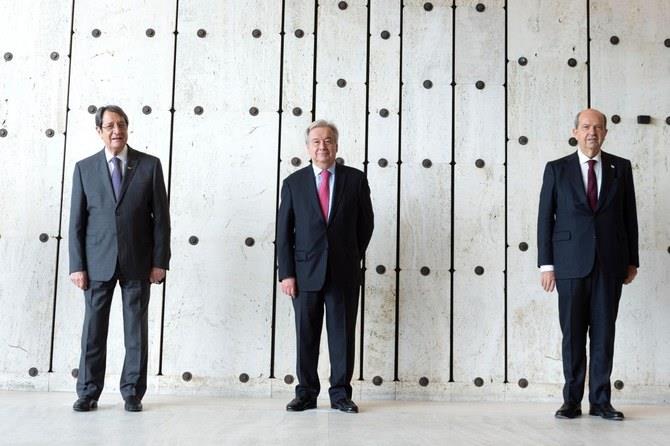 After strong presentations by the Turkish side earlier in the week, UN Secretary-General Antonio Guterres will also meet with Turkish Cypriot leader Ersin Tatar in Brussels on Friday.

The UN chief was only scheduled to meet with Cyprus President Nicos Anastasiades on the sidelines of an EU summit.

The meeting was arranged after Tatar asked for one through Guterres’ special envoy on Cyprus, Jane Holl Lute, on Tuesday, during talks in Nicosia.

Insiders told Philenews Guterres does not wish to  hear again the positions of the two sides but wants to find ways to set a new date for a Cyprus conference in the Fall.

By Annie Charalambous
Previous articleFDA to add warning about rare heart inflammation to Pfizer, Moderna vaccines
Next articleCovid-19 infections in Cyprus on the rise, another wave not ruled out